The jury is now deliberating in the Jamal Smith murder trial.

The trial has lasted seven days, starting with emotional testimony from the son of Jay Boughton, Harrison, who was in the passenger seat of the vehicle when Boughton was shot. It concluded with testimony from Jamal Smith himself, who says he did not fire the fatal shot but that instead a backseat passenger did.

The state started its closing arguments by stating, “There is something special about a parent coaching baseball. He (Boughton) loved baseball, loved his family, loved coaching Harrison.”

Facing the jury, state prosecutor Dan Allard said, “If however you have small hesitation, which you should not, he’s still guilty even if he didn’t pull trigger, Minnesota law states if you advise someone else, you’re guilty.” 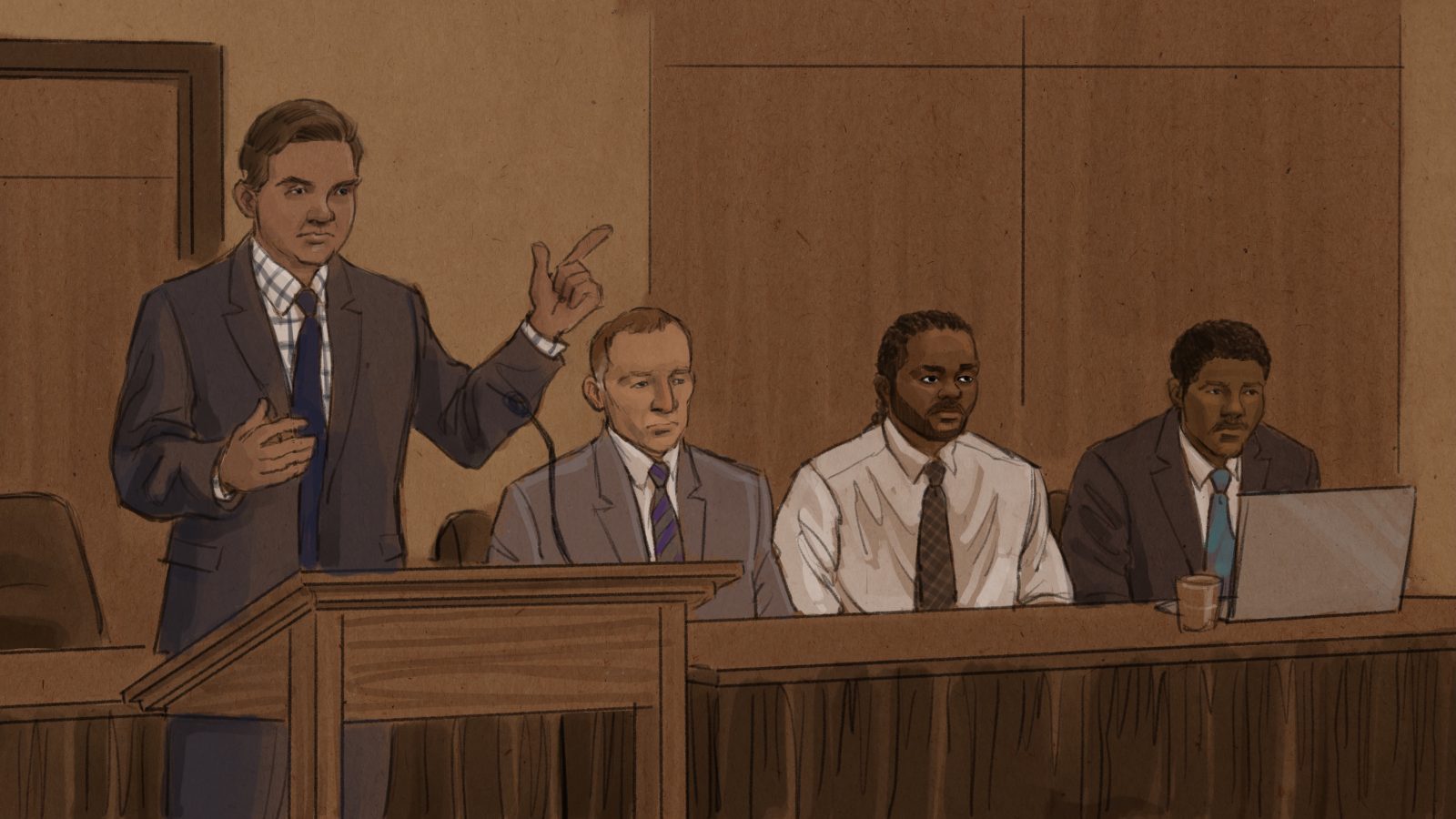 The state then pointed out that gun residue was mainly on the front seat passenger’s door.

The defense, however, argues there’s no proof that Smith fired the gun or assisted anyone to do so, and that the bulk of the case is an attack on Smith’s character.

“The proof in the case is clearly Jamal didn’t shoot. Jamal is not the shooter at all. Nothing supports that,” Defense Attorney Emmett Donnelly said.

Not long into deliberations, the jury had a question for the court regarding the “aiding in the commission of a crime” murder charge and stated there was confusion. Attorneys went back and forth regarding the language for about two hours. Judge Nicole Engisch then let the jury know aiding and abetting would apply specifically to the murder or drive-by shooting, not any crime.

If found guilty on first-degree murder in Boughton’s death, Smith faces life in prison without parole.

Reporter Sarah Thamer has been in the courtroom for the trial.

A final set of instructions will be given to the jury before deliberations.