The recount still needs to be certified and there are ballots that have been challenged by both candidates. It comes after an Aug. 11 special election in which Jacobson won by a single vote.

The recount began promptly at Brooklyn Park’s Community Activity Center at 9 a.m. on Thursday. In total, it took nearly six hours to count more than 6,800 ballots by hand.

“It’s part of the democratic process. It’s why we put it on,” said Brooklyn Park City Clerk Devin Montero. “It’s why we ask all the voters to come out and vote for your candidate. And unfortunately, we had the 14 percent voter turnout with the one vote difference, and this caused the recount.” 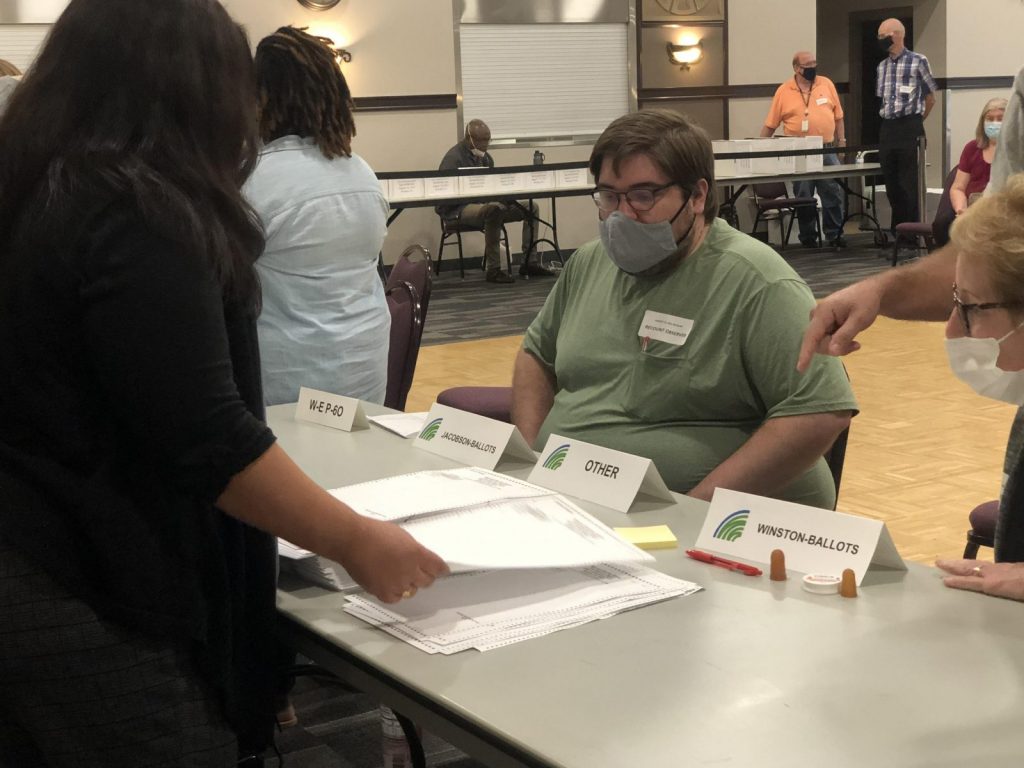 Brooklyn Park set up three tables so they could count three precincts at a time.

The volunteers divided the ballots into different piles based on the candidate. Then, they counted those ballots by hand. Representatives from each candidate observed the entire process.

Election officials in Brooklyn Park say they expected a 20 percent voter turnout, but as Montero mentioned, only 14 percent of registered voters came out for the special election.

‘Every vote was counted’

The attorney representing candidate Hollies Winston expressed his disappointment after the recount was finished.

“Obviously we were hoping for a different result,” said David Zoll, an attorney with Lockridge Grindal Nauen P.L.L.P. “We were hoping to pick up two votes today. But what I can say with certainty is, the voters of Brooklyn Park can all know that their votes were counted. That’s the most important thing with any recount is to make sure there weren’t errors with the machines, or that a vote was missed in some way. And by going through this process in hand counting, we can have confidence that every vote was counted.”

Five ballots have been challenged by Winston and two ballots have been challenged by Jacobson. Challenges will be presented to the City Council at a special meeting at 6:30 p.m. Monday, Aug. 23. The council, in its role as the Board of Certification, will make a determination on the ballots and certify the results. Assuming that all goes as planned, the new mayor will be sworn in on Aug. 30.