A beer to suit to everybody’s taste buds. That’s one way Under Pressure Brewing in Golden Valley is celebrating its third anniversary.

The brewery and taproom has special events planned on Friday and Saturday that include new beer releases, on-site barbecue food and live music.

Lori Ertl, co-owner of Under Pressure, rattled off a list of new beers, including a scharzbier, which is a dark lager. A couple new blends are also expected to be on the menu. That’s in addition to the 26 beers on tap and 50 blends the brewery offers already.

Ertl, who has won numerous awards for her beers, says her favorites to brew are the dark beers because of the “character and smells of the malts,” but she calls herself a “fruity drinker.”

Some of Under Pressure’s most popular beers include a peach ale, its blueberry cream stout and a chocolate cream stout. The brewery’s IPAs and “The Naughty Tart,” a cranberry-apple ale mix, also do well, Ertl said. 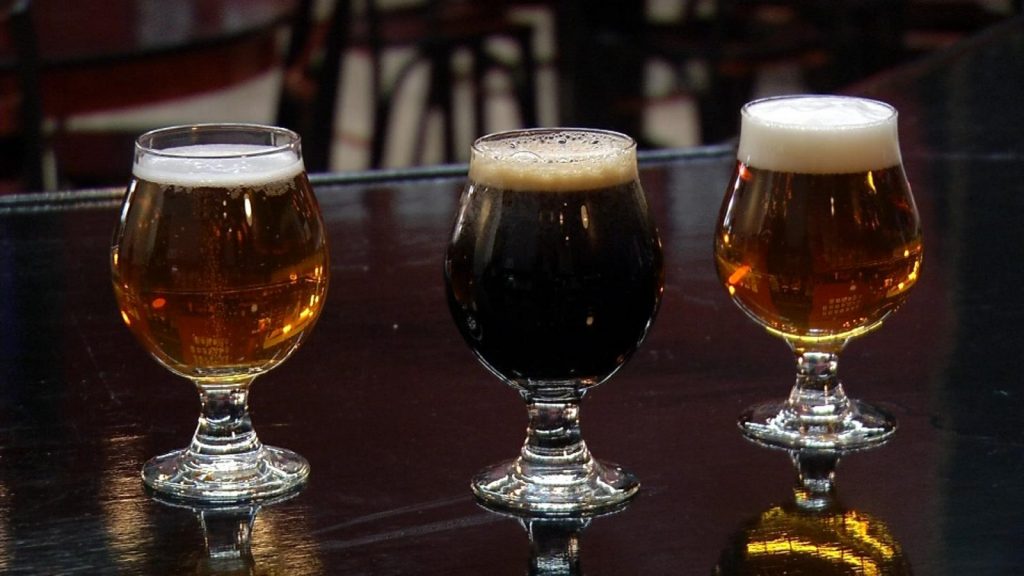 ‘It’s really special to have people back in’

Ertl says she’s thankful for all the customers who have helped the brewery survive a nearly two-year-old pandemic.

“It’s really special to have people back in. I know things are still a little wary out there. But I think people are feeling a little more comfortable with the vaccines and boosters and everything and being able to come out and enjoy themselves even if it’s cold. It’s Minnesota, and that’s what we expect. So we’re hearty and we come out and have fun.”

Under Pressure has gotten involved with community initiatives not only to help spread awareness about its business, but also to make a difference. Proceeds from one of its beers benefit Habitat for Humanity in a joint initiative with other breweries called “The House That Beer Built.” It also hosts a monthly Red Cross blood drive to help with the desperate need for blood donations.

On top of that, the brewery regularly hosts eating contests to benefit local charities. A pasta-themed event planned for next month, for instance, will benefit Cornerstone, a nonprofit that works to help domestic violence victims.

Ertl mentioned that despite this weekend being it’s third anniversary, it’s still working to build brand awareness. That’s because the brewery was open just a year and a month when it had to shut down due to pandemic restrictions.