Skateboarding made its debut at the Tokyo Summer Olympics and local teens are excited. 3rd Lair SkatePark & SkateShop in Golden Valley is a popular destination for skateboard thrill-seekers.

“It’s a really challenging activity sport to learn how to do. It takes a lot of patience, and you got to be willing to fall quite a bit,” said Mark Rodriguez, president of 3rd Lair.

Many of the athletes are dreaming of gold after watching skateboarders worldwide compete at the Olympics. 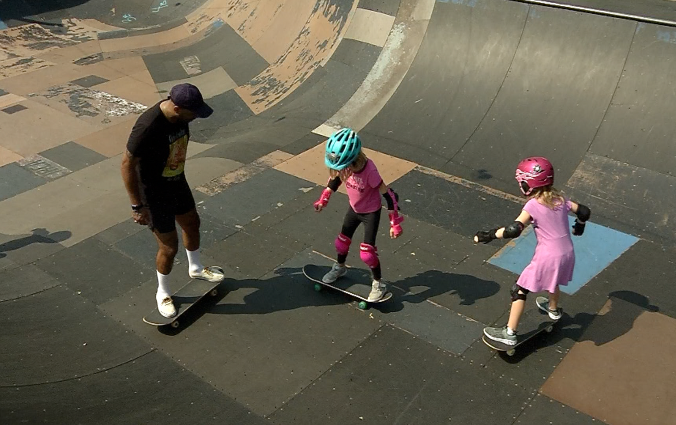 3rd Lair SkatePark in Golden Valley says interests in skateboarding is picking up during Olympic games.

And the enthusiasm is just as intense among young female skateboarders after watching the top Brazilian and Japanese medal winners.

“I’m excited to see women’s skateboarding, and I think it’s really great that women are able to skateboard in the Olympics,” said 13-year-old skateboarder Linden Cooper.

“There’s tons and tons of girls and women that are getting into this stuff right now,” he said.

Cooper says she likes the sport, but says it’s challenging.

“You have to go away from your boundaries that you normally would if you’re going to get anywhere, and you have to practice a lot,” she said.

The Golden Valley business hopes the love of the sport continues to grow both locally and internationally.

“Now, with skateboarding in the Olympics, things are just going to keep going higher and higher and just get better with it being a sport being recognized worldwide,” said 3rd Lair instructor Eli Ronan.