A state representative from Golden Valley has announced he will run for Hennepin County attorney. Ryan Winkler, a DFL member and current House Majority Leader, will seek the office in the 2022 general election to succeed Mike Freeman, who is not seeking another term.

In announcing his candidacy, Winkler said the “debate about public safety we’re having now, and we’ve had for the last year really, has not delivered what people want.”

The 45-year-old Winkler serves House District 46A, which includes portions of Golden Valley, Plymouth and St. Louis Park. He was first elected to the House in 2006 and was re-elected four times until resigning in 2015 for family reasons. He returned to the Minnesota House after winning election in 2018.

During an interview with WCCO Radio, Winkler said it’s possible to hold violent criminals accountable while addressing disparities in the criminal justice system.

“People who commit violent crimes, people who harm others, need to be held accountable. That is without question. That is the core mission of a prosecutor,” he said. “But it isn’t enough to just stop there. We know that our system is flawed. We know there are deep disparities based on race in our criminal justice system and we have to address them.” 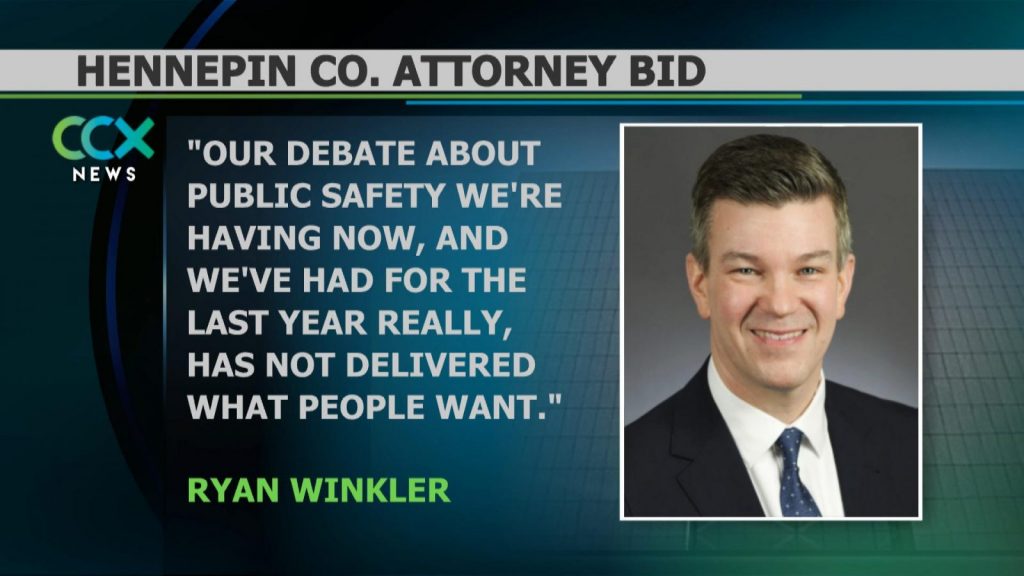 “One thing the county attorney can do is help make sure that all these police departments aren’t just competing for the same people and not able to find them.”

He also told WCCO Radio he would not support the Minneapolis ballot question on policing, but says “there is an absolute commitment to making the kind of changes that most everybody wants.”

“On balance, I don’t think the amendment should pass,” he said. “I think there are good things. I think everyone agrees we should be doing more than just sending out armed police officers to every incident that happens. We should focus on social workers and mental health workers and try to get people into substance abuse and make sure that communities are healing when they go trauma. All of that can happen, while having an effective, fair and just police force.”

Winkler said he would also continue what Freeman started in independently reviewing police misconduct cases and deciding whether to press charges rather than putting it to a grand jury.

“I think a grand jury doesn’t work when public transparency is essential.”