Golden Valley police continue to investigate three recent carjackings. All of them involved the use of a gun.

The most recent one occurred at about 12:15 a.m. Wednesday at an apartment complex in the 600 block of Lilac Drive North.

According to Golden Valley police, two Black men wearing masks approached a woman and her passenger demanding the woman’s vehicle. The victims were not injured.

The incident followed two other carjackings that occurred the previous week. Golden Valley Police Chief Virgil Green described all three cases as similar, both in suspect description and the use of a gun.

“We do see a trend with these three recent carjackings, including similar descriptions of the suspects and their clothing, and the use of a gun,” said Green in a press release to CCX News.

The second carjacking occurred at about 9:20 p.m. on Thursday, May 19 in the 500 block of Utah Avenue S. In that incident, police say a Black man wearing a ski mask approached a man in his driveway and demanded that he hand over his cellphone and keys to his BMW. The carjacker then fled. The vehicle was eventually found unoccupied in north Minneapolis.

A request for details on the first carjacking have not yet been provided to CCX News.

As of Friday afternoon, Golden Valley police were following up on leads, but no arrests had been made. 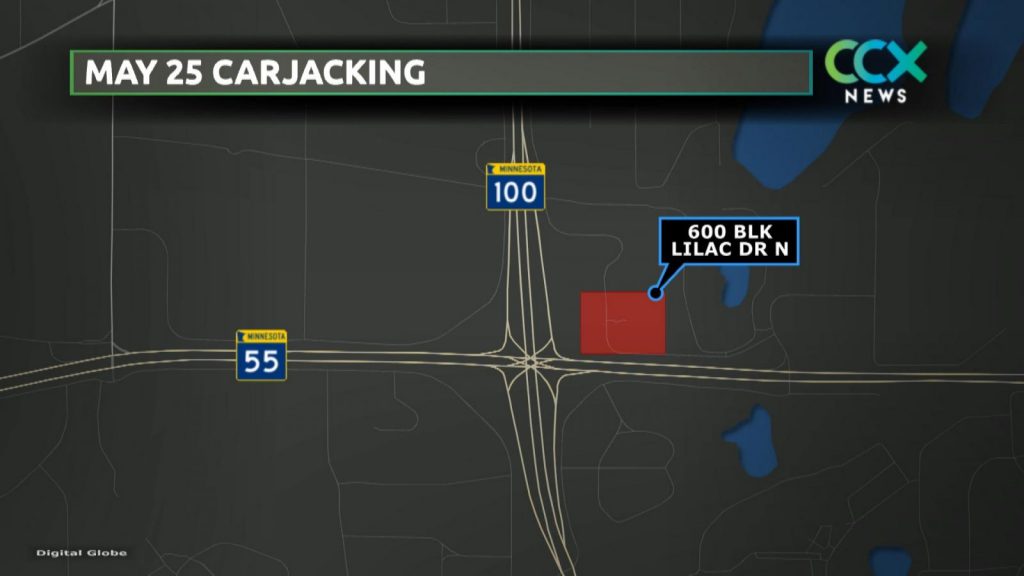