Shep Harris has a lot on his plate these days. Not only is he the mayor of Golden Valley, but he’s also facing a severe medical condition. He referenced what he’s been going through during this week’s city council meeting.

“I’m recovering from cancer, and one of the side effects is to be bald and beautiful, so I’m going with it,” said Harris at the start of the meeting.

Harris was diagnosed with testicular cancer in October after he found a lump. This type of cancer is prominent in men in their 20s and 30s.

“The first thought that went through my head was really? Come on. This isn’t happening to me. I’m really healthy and active,” the mayor recalled. 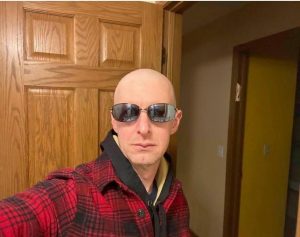 Harris had five rounds of chemo back to back for a week and it was tough on his body. He suffered from nausea, headaches, fatigue and ringing in his ears.

Going through cancer treatment during a global pandemic was problematic too. Harris is sticking close to home to avoid getting COVID-19 or other infections. It’s also been difficult for his family.

“To protect my immune system, we had our daughter go stay with some friends,” explained Harris.

Spreading awareness and encouraging men to get checked out is his mission. Harris says his prognosis is good, and he’s looking forward to brighter days when he can get back to doing the things he loves.

“I can’t wait until the snow and ice melt, and I can get back out on Bassett Creek or one of the lakes and do some kayaking,” Harris said.