The Golden Valley Fire Department says they’ve responded to multiple holiday fires lately that started with candles and open flames. Nationally, December and January are the highest month for fires started by candles.

CCX covered some of those fires this year. One of those fires destroyed 2 duplex units on Harold Avenue in Golden Valley. That was believed to have been caused by an unattended candle.

Just last week, the Golden Fire Department responded to two small fires. One started from a candle fire and the other was unattended cooking. 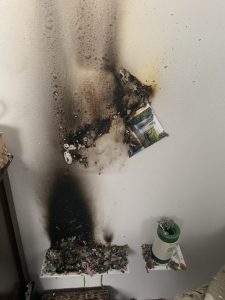 “Always make sure with the use of every candle, you blow it out whenever you leave the room, the home or go to bed. Keep candles away from anything that can burn, especially holiday decorations. That’s one of the things we see this time of the year too. People like to have decorations around candles and that can be very dangerous,” explained Brunsell.