Former Hennepin County Sheriff Rich Stanek announced Tuesday that he will run for governor as a Republican candidate.

Stanek was Hennepin County sheriff for 12 years and resides in Maple Grove.

“I’ve dedicated nearly 40 years of my life protecting the safety of all Minnesotans,” said Stanek in a statement to CCX News. “It’s clear that Governor Walz, and the Democrats in St. Paul, are not prepared to make the necessary decisions to safeguard our families and businesses, not only in the metro, but in cities and towns across greater Minnesota.”

Stanek is a former state representative serving the Maple Grove area from 1995 to 2003. He replaced Warren Limmer, who won election to the state Senate.

Not long after graduating from the University of Minnesota, Stanek joined the Minneapolis Police Department in 1986. He served for nearly 20 years before he was elected Hennepin County sheriff in 2006. Stanek lost re-election in 2018 when he was defeated by Dave Hutchinson. 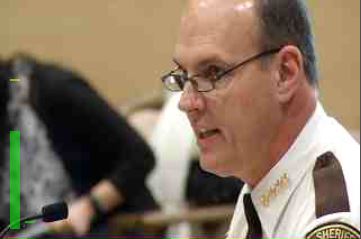 Stanek in 2016 testifying before a Minnesota Senate Committee about people in jail who suffer from mental illness.