Brooklyn Park officers tried to arrest the man shortly after 9 p.m. Monday. Officers had determined the 26-year-old suspect was wanted for felony assault. He was spotted in a vehicle near Brookdale Drive and France Avenue North.

When officers attempted a traffic stop, the man took off, police said. Officers pursued the vehicle and attempted PIT maneuvers, but were unsuccessful in getting the driver to stop. Police say they ended the pursuit and allowed a Minnesota State Patrol helicopter to track the vehicle.

A short time later, the suspect’s vehicle crashed in Anoka. Brooklyn Park police say they were then able to arrest the suspect with the help of the Anoka Police Department.

CCX News generally does not name suspects until they have been formally charged. Court records show the suspect has an extensive criminal history. Those include burglary, assault and a previous fleeing police conviction.

The suspect was currently wanted on a felony assault conviction in Washington County. 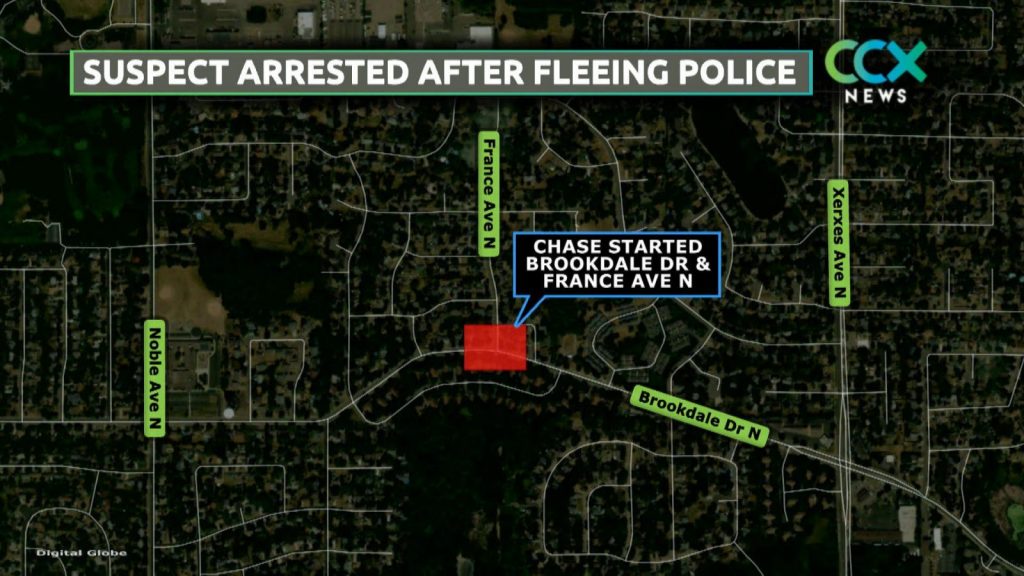