On Minnesota’s many bodies of water, you’ll find cattails. This time of year, where there’s cattails, there’s generally going to be mosquito larvae.

“They’ll lay their eggs in the most propitious spot for them to survive the winter and such, typically where there’s water,” said Tony Anderson, a technician with the Metropolitan Mosquito Control District (MMCD). 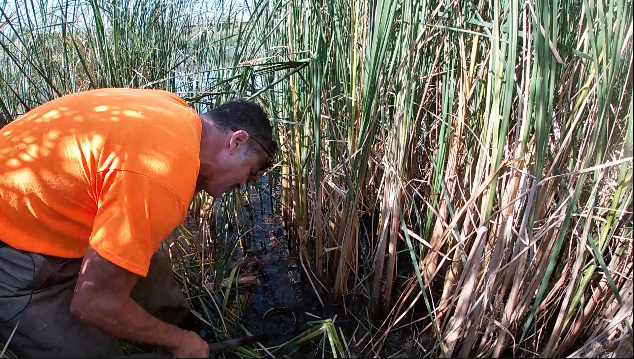 It’s Anderson’s job to scrape the bottom of the cattail roots and find mosquito larvae.

“So we’re trying to go down to where we’re kind of getting to the bottom of the stalk and we come right up the stalk,” Anderson said as he stepped into shallow water in a west metro holding pond and scraped the cattail stalk with a net.

Meanwhile at the Crystal Airport on Tuesday, crews were busy filling a helicopter with a dry granule called VectoLex that’s specifically designed to kill mosquito larvae.

“This is an operation that we do every year,” said Shawn Partyka, a field operations supervisor with the MMCD. “Every fall we get in a large chunk of our cattail acreage flown. So that’s just wetlands around the district that are, in particular, breeding for cattail mosquito larvae.” 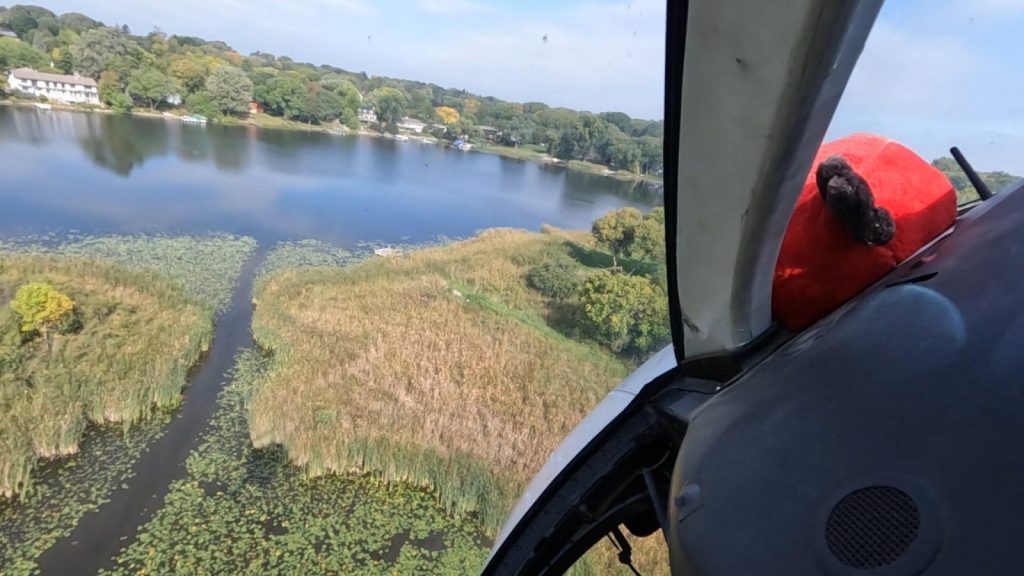 A helicopter drops VectoLex over a wetland area to kill mosquito larvae.

On Tuesday, the helicopter made 22 different trips around the northwest metro spreading the granules around wetland areas where crews on the ground have found larvae.

The goal is to not only help reduce the mosquito population before next summer, but to help limit the spread of disease.

“If you look at any sort of old newspapers from the pre-mosquito control, or pre-mosquito abatement in the Twin Cities in general, it sounds like it was a pretty terrible place to live at certain times during the year,” Partyka said. 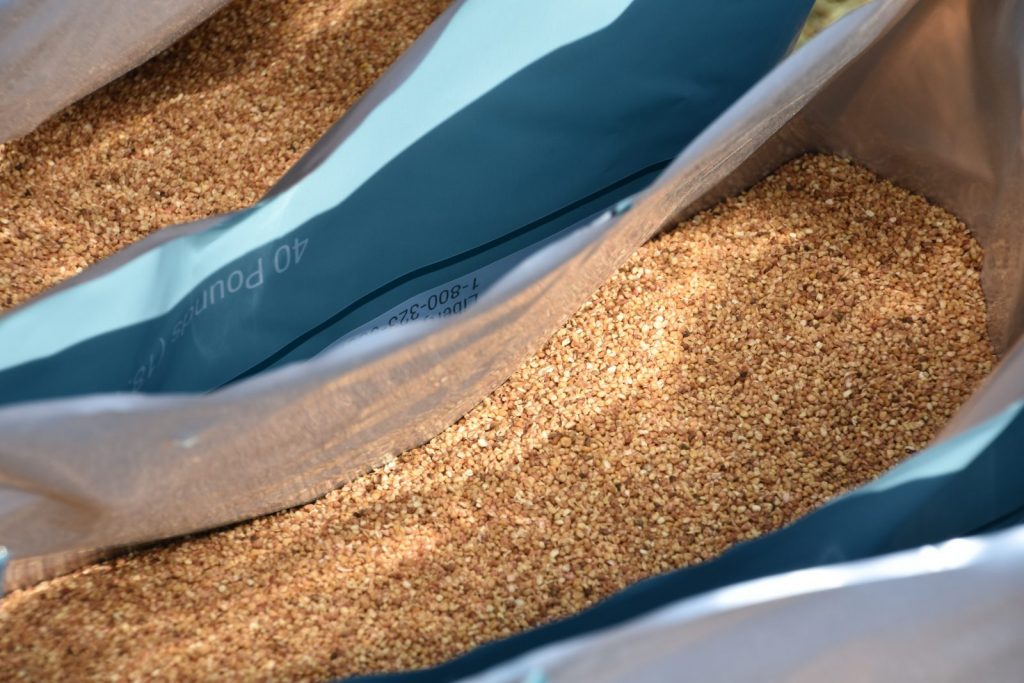 VectoLex granules that are dropped in wetland areas to kill mosquito larvae. Experts say it doesn’t harm anything other than mosquitoes.

Funding for the program comes from taxpayer dollars collected throughout the seven county metro area. And while many Minnesotans can attest that the mosquito problem is bad every summer, without the work of these crews, things could be a whole lot worse.

“The customers are the ones that attest that it’s made a definitive difference,” Anderson said.