Brooklyn Center City Manager Reggie Edwards and current city council member Marquita Butler are also named in the suit as defendants. The city was given 21 days to respond to the suit.

Gannon stepped down on April 13, 2021, two days after the shooting of Wright, who died when Potter said she accidentally fired her service weapon instead of her Taser. A jury convicted Potter of first-degree and second-degree manslaughter.

The suit accuses the city of the following charges: 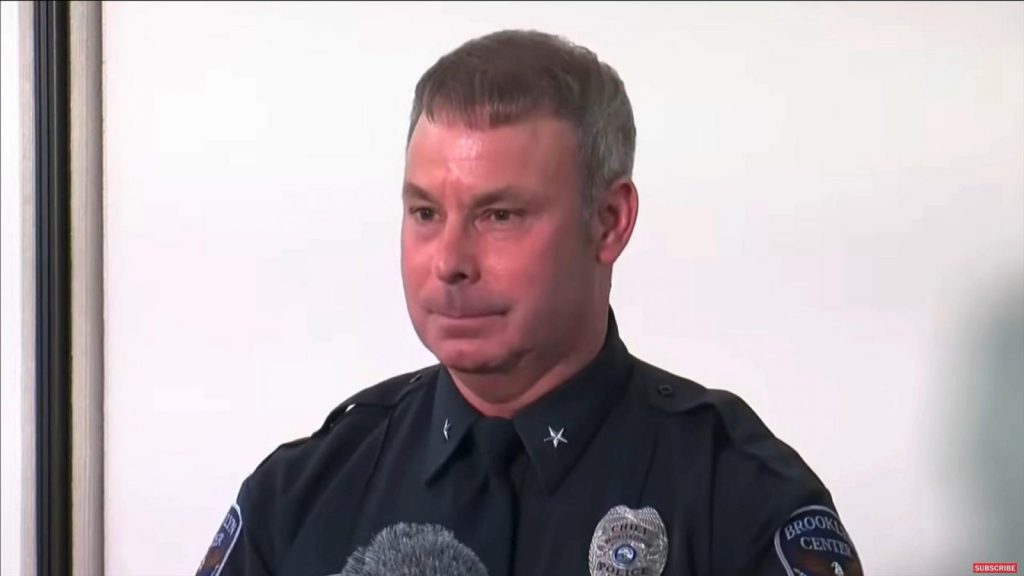 Ex-Chief Says Statements About Him Were ‘False, Made with Malice’

Among the allegations addressed in the lawsuit:

Brooklyn Center Mayor Mike Elliott called for a closed session the afternoon of April 12 to discuss Gannon and his performance, though Gannon says he was never notified about the closed meeting and that the city council failed to give Gannon the opportunity to request that the meeting be made public. During the closed meeting, the city council directed former city manager Curt Boganey to fire Gannon, but Boganey refused without affording Gannon due process.

Shortly after, the city council came out of closed session and returned to special session where members voted 4-1 to terminate Boganey. Following the vote, Gannon said he witnessed council member Kris Lawrence-Anderson tell Boganey that the reason she voted to fire him was because she “was afraid they would fire-bomb my house!” the suit said.

On the night of April 12, the city held its regularly scheduled city council meeting. Council member Marquita Butler led the meeting and stated that Mayor Elliott was unavailable, but had recommended that the city act to fire Potter and Gannon. At the meeting, Butler described Gannon as “anti-community” and said “When it counted, [Plaintiff] did not show up in the right way for the community.” The statements followed Gannon’s decision not to immediately terminate Potter because he said it would violate her due process rights through her collective bargaining agreement.

The suit goes on to say that the statements by Butler “were false, made with malice, racially divisive, and were made with the intent to imply that [Gannon’s] actions in response to the protests did not serve the city’s Black community members.”

Brooklyn Center City Manager Reggie Edwards met with Gannon the next day telling him the city “needed a new police chief to run the department.” According to the suit, Gannon was given an ultimatum to either resign or be terminated. Gannon chose to resign. The suit says that Edwards did not provide Gannon any type of due process nor an opportunity to address accusations against him.

The suit also says that the city did not respond to data requests for notes, minutes, documents and/or recordings relating to the closed city council meeting on April 12, 2021, as well as requests for communications involving council members who mention Gannon’s name.

Gannon’s suit seeks compensatory damages saying he “has suffered and continues to suffer economic loss, emotional distress, and other damages in an amount in excess of $50,000.”

CCX News reached out to Gannon, but he said he wasn’t ready to comment further. Calls and texts to city officials, including Brooklyn Center Mayor Mike Elliott, were not returned.