The number of DWI arrests are trending upwards following a significant decrease in the first few months of COVID-19. The Minnesota Department of Public Safety Office of Traffic Safety (DPS-OTS) said 1,649 drivers were arrested during the Aug. 14 – Sept. 7 DWI Awareness Campaign. Last year, during the same period, there were 1,479 arrests. 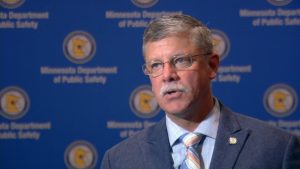 More than 300 law enforcement agencies across the state participated in the three week campaign. The goal is to prevent drunk driving by having more officers on patrol.

“The weather was really nice during this time period and a lot of people were out and about,” said DPS-OTS director Mike Hanson. “I think we’re seeing the results of COVID fatigue, where people were starting to get out as some of the restrictions have started to ease a little bit.”

Maple Grove police say they arrested 14 drunken drivers during the campaign. They even arrested a woman twice in the same day for driving impaired.

Hanson added that getting a first time DUI offense can cost the average driver more than $10,000.