As Brooklyn Center continues working on details of how to improve policing, Daunte Wright’s family members are left to deal with the aftermath of last year’s tragedy.

“They say that time… it’s supposed to get easier but it’s been one year and it’s not easier,” said Katie Wright, Daunte’s mother. “It’s a new life that you learn how to live, but it never gets easier.”

Katie Wright reflected on the events of the past year, and how her life has changed during an interview with CCX News last week.

While the community has supported her and her family since her son was killed by former Brooklyn Center police officer Kim Potter last April, Katie admits that her son’s death has taken a toll on her mental health.

“I’m gonna forever have moments. Like, it’s a piece of us that we’ll never have back,” she said. “But because of support form family, friends, community, strangers that I have never even met checking up on me every single day, asking ‘how are you doing, what can we do to help,’ that helps us get through it.”

Katie Wright says that, going forward, she’s going to continue playing an activist role to help prevent other families from having to endure the same trauma she went through. 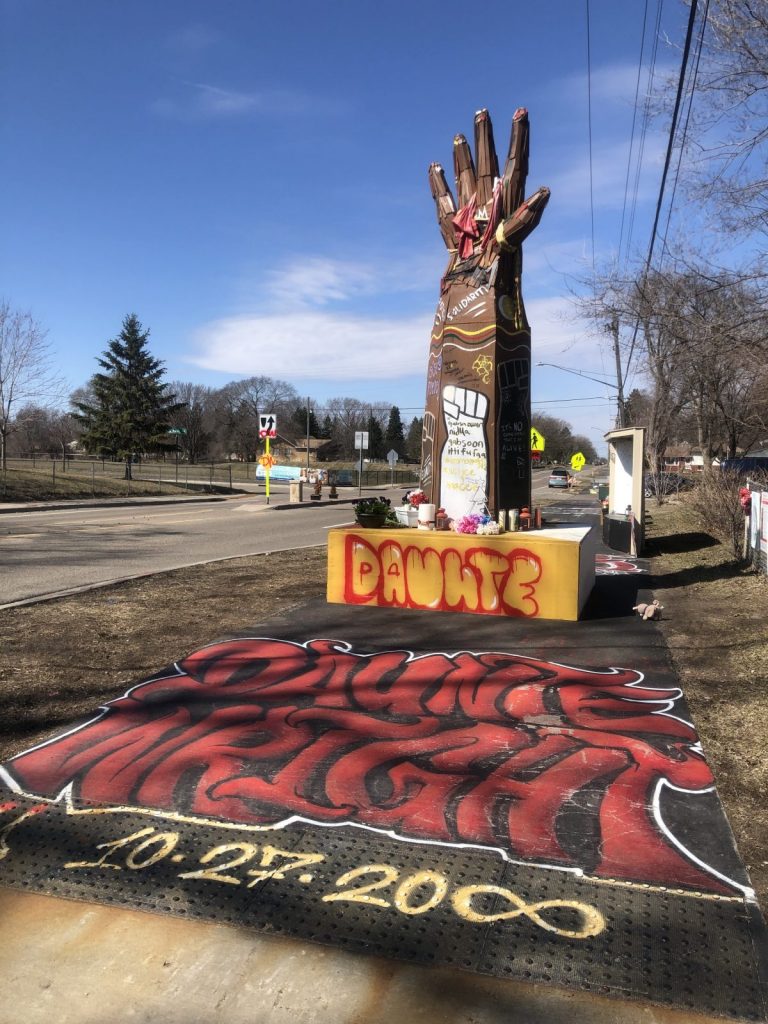 The Daunte Wright Memorial in Brooklyn Center on April 11, 2022.