If the city of Plymouth has a story, there’s one person who has been the ghostwriter, or the person behind the scenes telling that story.

That person is Helen LaFave, and she couldn’t have been happier with her role behind the scenes.

“It’s important for the city to tell its story. To let people know there’s so much good work that goes on here, and we have such stellar professionals in this organization,” said LaFave.

LaFave is retiring after 34 years of crafting communications for the city of Plymouth. She was the city’s first communications hire and now leads a department of four. 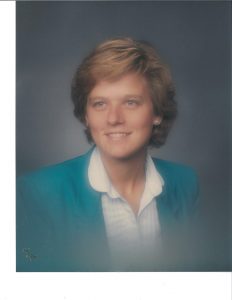 When former city manager Jim Willis hired Helen LaFave, most cities did not have an employee dedicated to city communications.

“For a long time, it was a one-woman show and it was a lot,” said LaFave, who is very proud of the staff she has today. “I think we have a very solid, very well-respected communications program.”

‘Always Looking for a Challenge’

Coworkers say LaFave is a big reason why Plymouth’s communications team has earned such respect.

“Helen is always looking for a challenge and always looking to grow,” said Emilie Kastner, communications coordinator. “She has a fantastic work ethic. She is such a hard worker and often the last car in the parking lot, and it’s been that way for her entire career.” 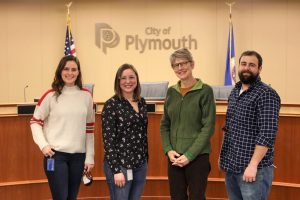 LaFave started her career at Plymouth by giving city publications a more professional look. Over the years, she helped publications transition to larger page sizes and added color. She oversaw communications materials for referendums and one city charter question. City communications responsibilities continued to grow and change with the addition of a website, email newsletters, social media, and more.

“I’m working with her closely on the message and understanding the thoughts and ideas behind it so I can effectively communicate,” said Wosje. “But what I really love about Helen is she has this gift of letting you down so easy. So I’ll come to her with this idea and I can tell it’s a really bad idea, but she lets you down so easily and so gently.” 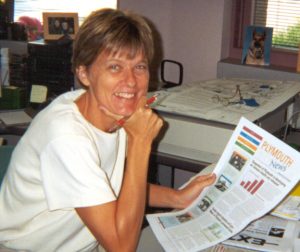 Current city manager Dave Callister says LaFave has been the voice of the community.

“She’s the center of all communications, but to the outside person, you wouldn’t know that,” said Callister. “Everybody loves her. Her employees love her. People throughout the city love her. It’s going to be a big loss for us.”

New Plymouth Public Safety Director Erik Fadden says she’s been a great resource for his department. She answers her phone every hour of the day and night, always ready to help.

“Helen should be in the spotlight for how much work she has done. She’s been the backbone of a lot of what the public sees for the Public Safety Department,” said Fadden. “She deserves far more recognition than she’ll be comfortable with, that’s for sure.”

LaFave is thankful for her career, and is emphatic about the hard-working, genuine caliber of people she’s worked alongside.

“It’s been such a satisfying, such a gratifying career and at this point to be able to reflect on that is really meaningful,” said LaFave. “I came here for a reason. I felt so fortunate to have it and I always wanted to give it back.”