A Chick-fil-A restaurant is planned for Plymouth, one that has raised concerns about traffic.

Under a plan submitted to the city, the former Jake’s City Grille off Fernbrook Lane and Highway 55 will be demolished. It would make way for a nearly 5,000-square-foot Chick-fil-A restaurant with a double drive-through concept. Jake’s City Grille closed in early 2020 and the building has sat empty since.

A standalone 3,000-square-foot bank building next door to Chick-fil-A is also part of the plan. Project managers say the COVID-19 pandemic influenced the project design.

“The dual drive-through lane concept that you see on this plan is really an iteration that has come out of COVID, ” said Joe Vavrina, project manager with HR Green.

Vavrina said during peak lunch and dinner hours, the time it takes customers to get food from point of order at a Chick-fil-A drive-through ranges from 45 to 90 seconds.

“This looks like a drive-through machine,” said Plymouth Planning Commission member Michael Boo. “You guys have perfected something here. It will interesting to see how it all works.” 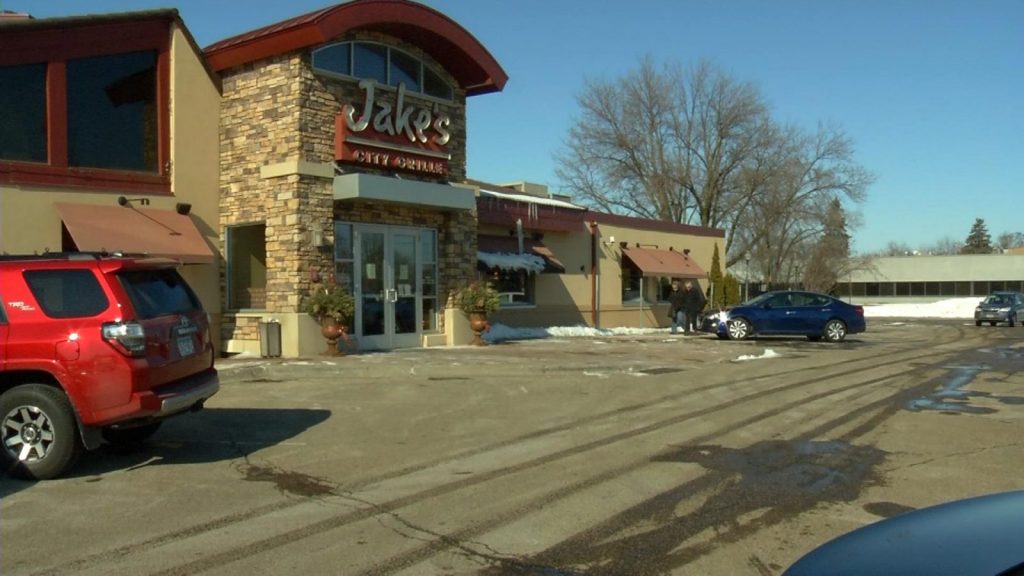 The Plymouth Planning Commission unanimously recommended approval, but did raise questions about traffic.

The city is recommending no traffic access off of Fernbrook Lane, with all access coming off of Harbor Lane. An independent traffic study paid for by the applicant made the recommendation.

“They did their analysis that this parking area or drive aisle would have enough capacity to deal with Chick-fil-A’s long lines or longer lines,” said Lori Sommers, Plymouth senior planner.

According to city traffic engineers, eliminating access from Fernbrook Lane will reduce crashes.

“The intersection of Harbor and Fernbrook is actually one of the worst intersections for crashes in the city from a local street standpoint,” said Chris McKenzie, engineering services manager with the city of Plymouth.

McKenzie notes that 67 crashes in the last 10 years have occurred at the intersection with 50 of them either left turn movements or U-turns.

Plymouth Planning Commission member Julie Pointner raised concerns about customers trying to access the bank, which does not have a drive-through planned.

“They would probably have to wait in line,” said Sommers, about the initial entrance from Harbor Lane.

The plan goes before the city council Aug. 10.