The iconic Pokémon franchise, first introduced in the U.S. in the late 1990s, is making a comeback

Hochstaetter said the recent craze is all about the hunt. Everybody’s chasing rare cards like Charizard and Pikachu. Those can be worth thousands of dollars.

“They’re buying the packs, going through it, finding stuff that’s good, putting it on eBay and making money,” he explained.

Card collectors like Graham Myers said it was a historic event watching the celebrity open the packs.

“Not everybody has that kind of money to throw around, so you don’t see those boxes being open. That brought a lot of people back into it,” explained Myers. 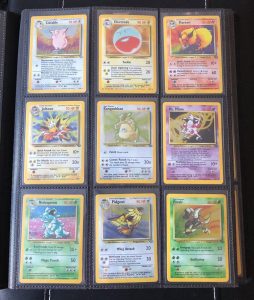 While you can sell cards for money, it’s not always about the cash. Myers said it’s merely for fun, comparing it to a puzzle. The challenge is finding all the pieces.

Myers said the global pandemic is the reason for the rekindled phenomenon.

“The thing bringing me back to it was having that much free time,” Myers said. “I was not surprised that this past Fall more and more people have got onto that trend.”

Nostalgia also played a big part. Adults are finding their old Pokémon collections from cleaning out the closet.

“Now they’ve got kids,” said Hochstaetter. “Now their kids are suddenly interested in it, you know, they’re 9 or 10 years old.”