While the nation has its eyes on the vote count for the presidential election, voters in Rogers, Dayton, Maple Grove and Osseo await the final tally of the Senate District 34 race.

A race that CCX News initially called in favor of Warren Limmer is now considered too close to call.

The Minnesota Sec. of State’s Office reports that Republican State Senator Warren Limmer of Maple Grove has a 900-vote lead over his challenger, DFL-er Bonnie Westlin, with 100 percent of precincts reporting.

However, Bonnie Westlin’s campaign says that there are about 3,300 outstanding absentee ballots in Senate District 34.

A spokesperson for Hennepin County says the results on the Secretary of State website reflect all of the ballots received by the county through Nov. 5. But there are, in fact, outstanding ballots. County officials say they will update the results once more, on Tuesday, Nov. 10. That update will add in all of the ballots they received in the mail from Nov. 6-10 that were postmarked by Election Day. 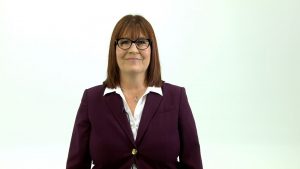 “As we all know, Minnesota has the highest voter turnout in the nation, and we expected this year to be no different. With so many of us voting by mail, it is taking a little longer to verify a winner, and that’s okay. A delay just means that our system is working, and that we’re counting every single ballot.

Right now, there are about 3,330 outstanding absentee ballots in Senate District 34. We are waiting to find out the status of these ballots, and monitoring the vote counts each day as released by the Secretary of State. Our state is proud to have the safest and most secure election system in the whole country, and for that reason you can have faith that your vote will be counted. We do not yet have verified results in this election, but we will soon, and until then let’s celebrate the hard work that everyone put into this election.

Once we have verified results in the race for Minnesota’s 34th State Senate seat our campaign will reach out to you all again to let you know. But until then, let’s trust our trained Election Judges, and the Secretary of State, and have faith and allow our elections to run the way they should.” 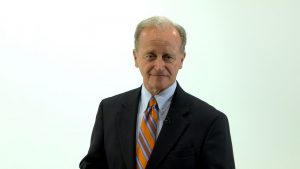 But, the Limmer campaign is confident that his lead will hold, as said in a statement released to CCX News:

“We are confident Senator Limmer’s 900-vote lead will hold and he will win re-election once all the absentee ballots are counted by Tuesday.” –Rachel Aplikowski, campaign director.

Should the lead hold, Limmer would return to the Minnesota Senate for an eighth term. Limmer also served in the state House.

The two opponents met in a previous contest. In 2016, Limmer won over Westlin with 60 percent of the vote.

Westlin is a family law attorney who lives in Maple Grove.