You might not think that a pizza kitchen would be a busy place on a Tuesday morning, but two hours before doors opened, the staff at Godfather’s Pizza in Brooklyn Park is working hard to fulfill an order placed by Maranatha Christian Academy.

“Today I think it’s 70 pizzas,” said Roger Backstrom, owner of the Brooklyn Park Godfather’s Pizza. “Tuesday is their pizza day and so it’s 700 slices of pizza that would be enough for all the kids that go to school there.”

Backstrom isn’t just the owner. In this instance, he’s also playing the role of delivery driver for this precious cargo of 70 pizzas.

Yet delivering pizzas to schools only scratches the surface of what Backstrom does as a business owner. He’s also heavily involved with the Brooklyn Park Lions.

“It’s just such a rewarding experience, and it really kind of filled my life with a lot of special relationships and experiences,” Backstrom said. 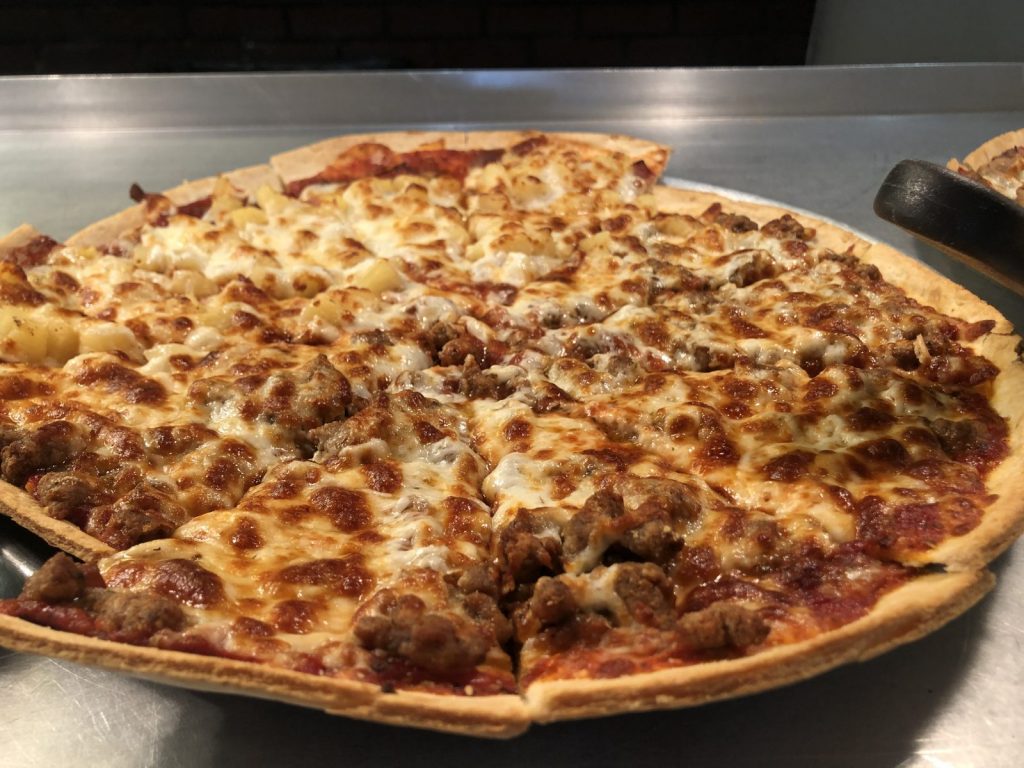 Pizza ready to be served during the lunch buffet at the Brooklyn Park Godfather’s Pizza.

He started with Godfather’s back in 1978, then worked his way up the ranks before becoming the owner of the Brooklyn Park location 12 years ago.

Walking into this Godfather’s Pizza is like taking a trip back in time, and they have plenty of fun surprises. From the stained-glass designs on the walls and ceilings, to the Godfather-style decor, this restaurant is heavy on nostalgia.

“I think we add another dimension to the experience. It isn’t just about the food,” he said.

However, it’s worth noting that people do, in fact, enjoy the food. So much so that people lined up right when the doors opened for the lunch buffet Tuesday morning.

But what sets Godfather’s apart from other pizza places is Backstrom’s commitment to creating a family atmosphere.

“The way I look at it, we are providing a space for people to come together,” he said.

Meanwhile, Backstrom will also be busy this weekend. The Brooklyn Park Lions is hosting an all-you-can-eat waffle breakfast on Saturday at the Community Activity Center and he’ll be in the thick of it all.