More than 12,000 miles separate the Twin Cities from the Philippine islands, but you don’t have to hop on a plane to get a taste of the culture.

“I noticed that we didn’t have any kind of Filipino place in the northwest suburbs, the north suburbs even,” said Josie Schuette, the owner of Ku•ma•in in Champlin. “So I thought I’d bring it out here and try it and see what happens.”

Schuette is the mastermind behind Ku•ma•in, which means “eat” in Tagalog. This Filipino takeout restaurant opened in mid-February inside Champlin’s new Hometown Artisan Market.

“It just hits the spot,” said Eric Demby, a customer from Brooklyn Park. “And it’s nice, especially on these really cold days. Like home comfort food.”

The food at Ku•ma•in is somewhat similar to what you’d find at any Asian restaurant, just with a few differences. 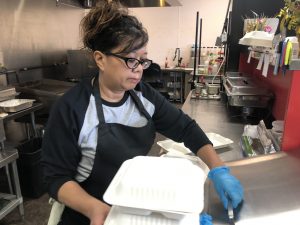 Take for instance, egg rolls, which the Filipinos call ‘lumpia.’

Then there’s pancit, which is a noodle dish sauteed with veggies, meat and spices.

These items are Filipino staples, although customers are still trying to get the hang of the pronunciation.

“I’ve had someone say, ‘can you put up pictures because I don’t know what a “lapia” is,'” Schuette said. “And I’m like, ‘well it’s lumpia, and yeah I can probably try that.'”

Schuette first introduced the public to her food last summer. Back then, it was a pop-up restaurant that operated one day a week outside of Brooklyn Park’s Prince of Peace Lutheran Church.

At the time, Schuette’s goal was to turn Ku•ma•in into a food truck. Then, the space in Champlin became available.

“It just kind of fell into our laps,” Schuette said.

Now, people have a new takeout option to consider when they want to leave the cooking to somebody else. 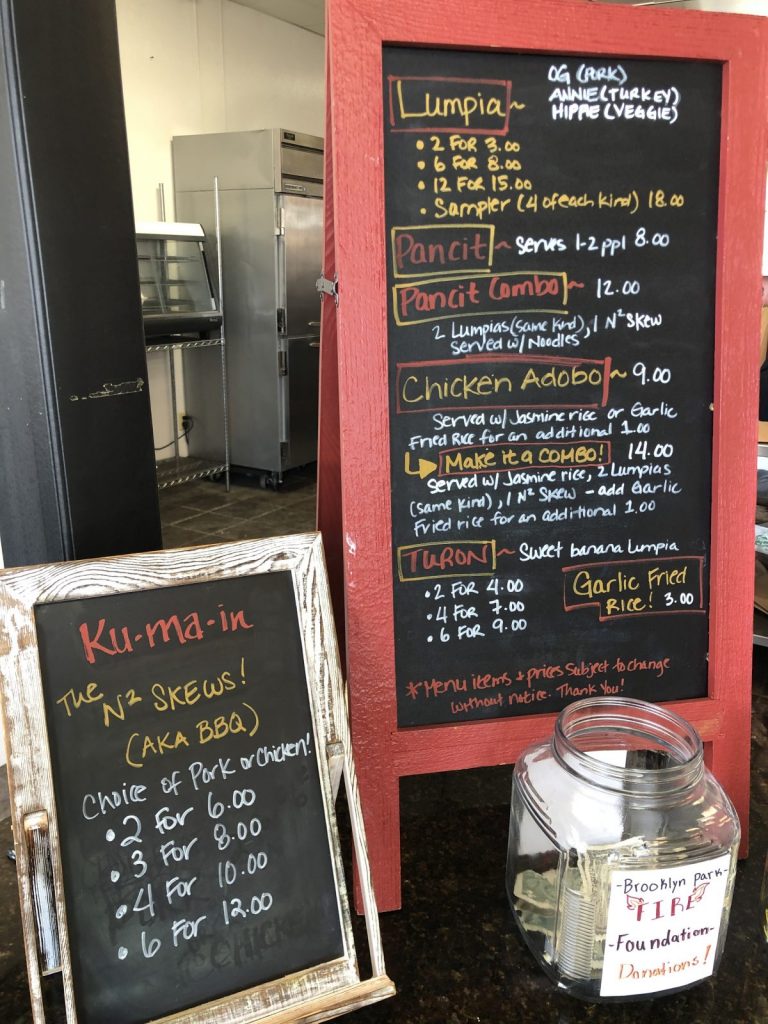 The menu of Ku•ma•in in Champlin.