Authorities have identified one of the drivers killed in a head-on collision earlier this week in Brooklyn Park.

The accident happened around 10:30 p.m. Tuesday, Oct. 5, in the 6500 block of Zane Avenue North. The crash closed all lanes for “a significant amount of time,” police said.

Several others involved in the accident were sent to area hospitals with non-life threatening injuries, police said. There’s no further details yet on what led up to the crash. 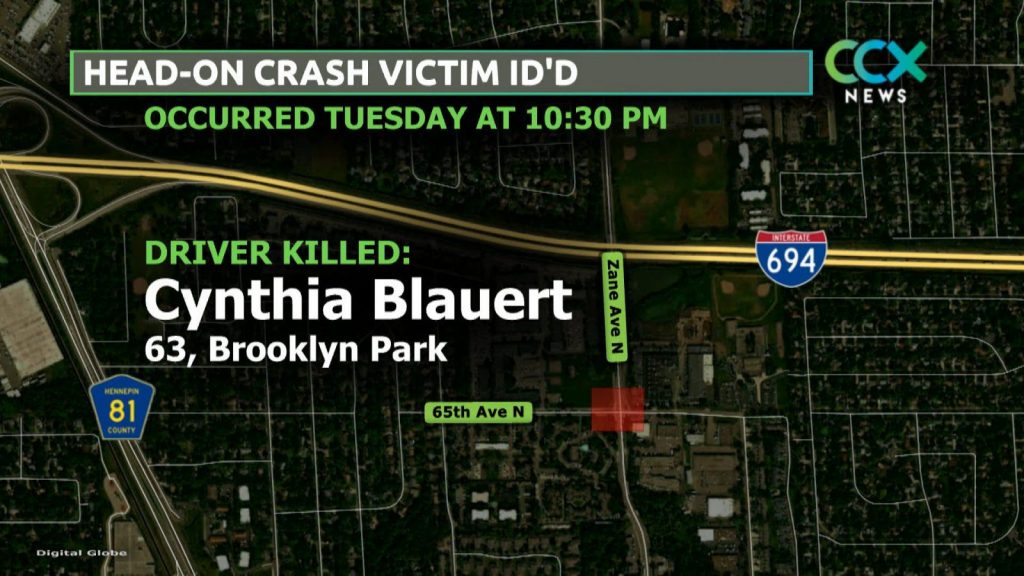