A head-on crash in Brooklyn Park killed one person and sent others to area hospitals.

The crash happened around 10:30 p.m. Tuesday in the 6500 block of Zane Avenue North. Police said the crash resulted in the closure of all lanes of Zane Avenue for a “significant amount of time.” No further details were given on what led up to the crash.

Brooklyn Park police and fire personnel, and North Memorial Health paramedics attempted lifesaving measures on the victim, but were ultimately unsuccessful. The identity of the person killed has not yet been released.

Police say the injuries to the other crash victims were not life threatening. 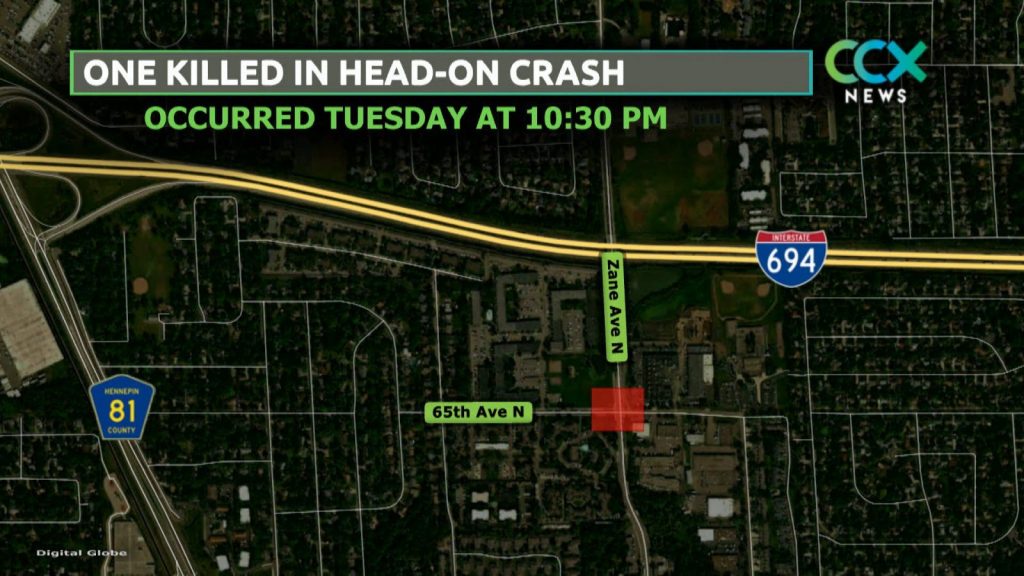