Police responded to the shooting at around 12:20 p.m. in the area of Brooklyn Boulevard and Regent Avenue.

According to police, one car pulled up to another and fired a shot before leaving the scene. The occupants of the vehicle shot at also fled, leaving the car in drive, which idled and came to a stop at the intersection.

Faust said police had not heard from the occupants immediately after the shooting. There are no reports of injuries, he said.

One shell casing was found at the scene. Faust said the bullet went through the front passenger side window before striking the driver’s seat headrest. 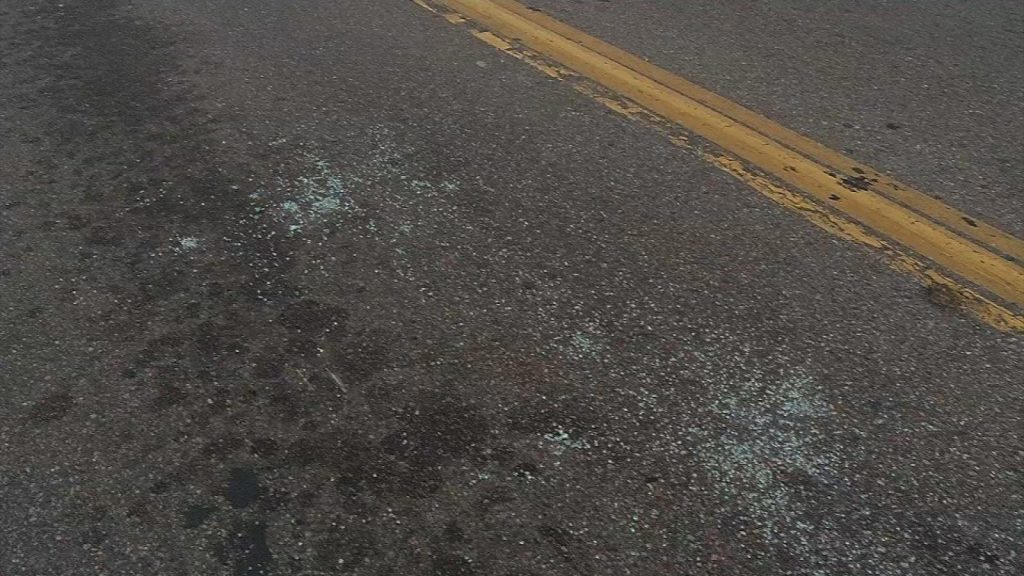 Shattered glass at scene of shooting.

Two nearby schools, Park Center High School and Brooklyn Middle School, went into lockdown after the incident. The security measure was lifted about an hour later.

Police say the vehicle where the shot came from was last seen on southbound Brooklyn Boulevard near Regent. Investigators are working on a vehicle description. As of Thursday afternoon, no arrests had been made.