**NOTE an earlier version of the story listed the first session as Wednesday. The correct day is Tuesday (tonight), July 14.**

The city of Brooklyn Park will hold three listening sessions to gather resident input on police reform and racial justice issues. The first one will take place tonight, July 14, at 6:30 p.m. at the Community Activity Center gym, 5600 85th Ave. N.

“I’m excited about that because I’ve heard some of our constituents already reach out to me and say they’re going to come,” said Brooklyn Park City Council member Susan Pha. “They’re excited to share their thoughts and hear from other people as well.”

You can see the city’s listening session schedule here. Residents are encouraged to sign up for one of the sessions due to capacity limitations as a result of COVID-19 social distancing guidelines. All attendees will be seated at least 6 feet apart and must wear a mask.

A virtual input session will also be held Aug. 18. 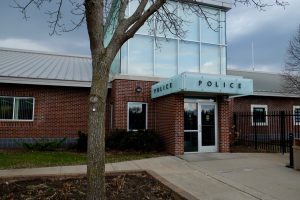 In addition to the listening sessions, the city’s Human Rights Commission and Multicultural Advisory Committee is working on a process for providing recommendations that the groups will present to the Brooklyn Park City Council on Monday, July 27. The leaders of Brooklyn Park and Brooklyn Center also recently held a community conversation to discuss policing and racial justice issues. The conversation aired on CCX News.

During Monday’s city council meeting, Brooklyn Park City Council member Lisa Jacobson said she has heard from residents who shared that blacks do not feel comfortable around law enforcement.

“That the police aren’t there to protect them, but are there to protect white people from them,” said Jacobson on what she has heard. “If that is something residents feel in this community, how do we dig deep into that and try to change that mindset. That isn’t going to happen overnight.”

Council member Pha said she believes people are starting to channel their anger and frustration to produce positive outcomes on racial justice issues.

“They’re starting to go ‘what can we do’ and really think about solutions,” she said.