The death of George Floyd last week sparked many conversations surrounding race and injustice across the country. On Wednesday, the mayors and police chiefs for Brooklyn Center and Brooklyn Park visited our CCX studios to discuss these important issues during a joint community conversation.

Residents were allowed to submit questions ahead of the virtual meeting for city leaders to address.

Brooklyn Park Police Chief Craig Enevoldsen agreed, saying it was “not a police tactic, it was murder.”

“On that day we all witnessed what people of color, particularly black men, experience all the time, all too often at the hands of police,” said Brooklyn Center Mayor Mike Elliot. 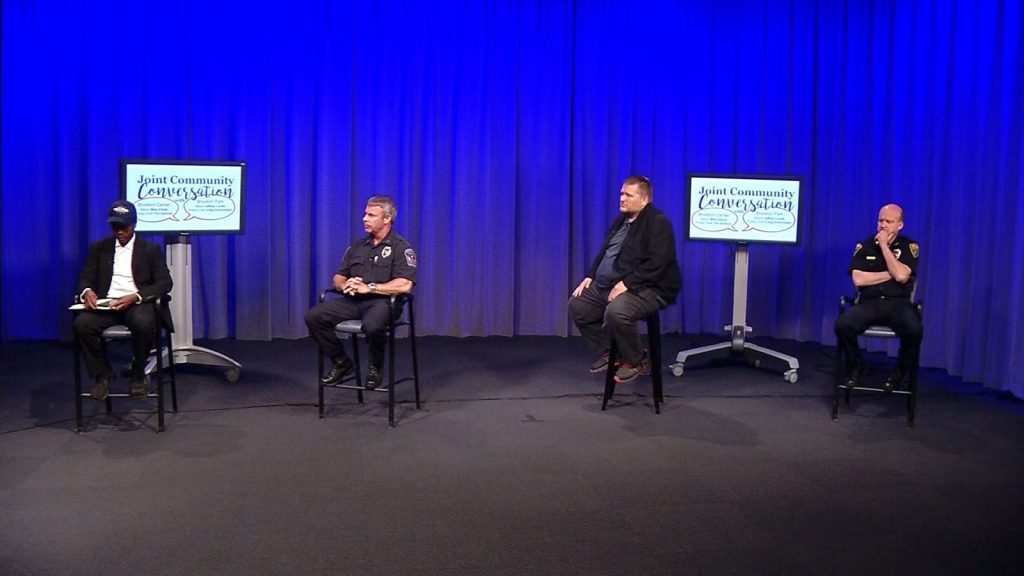 “In Minnesota, a black person is 13 times more likely to be killed than a white person. What is the Brooklyn Center Police Department doing to remedy this disparity?” Watts asked.

Chief Gannon responded that the key is to recognize unconscious biases in use-of-force issues.

“Potential new recruits go through psychological testing,” Enevoldsen added. “We test for some of those things related to racism or the ability to speak up.” 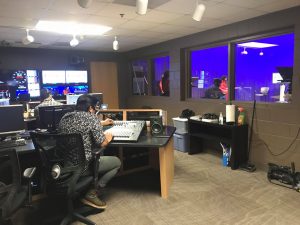 CCX staff behind the scenes

The community conversation also focused on the importance of cultural awareness in police departments.

“I think we also have to increase and bring up to par the number of officers that live and represent the community that they’re policing,” Elliot said.

While local leaders work to better the system, they agree that they can’t do it without the residents.

“At times when we attempt to engage the community related to body cams and some other things, not a lot of people show up. So we are left with making a decision on what is best for the communities that don’t look like me,” explained Enevoldsen.