Brooklyn Park police had what they described as “an open and honest conversation” with residents during a community event on Tuesday. The get-together occurred at the Gold Key Mall off Yates Avenue North and Brookdale Drive.

The gathering comes as violent crime has increased in the city. So far this year, there have been more than 50 shots-fired cases and nine people injured as a result of those shootings.

“I’ve lived here for 22 years, and I’ve never seen anything like this, and I wake up to the news every day, and it just hurts us,” she said. 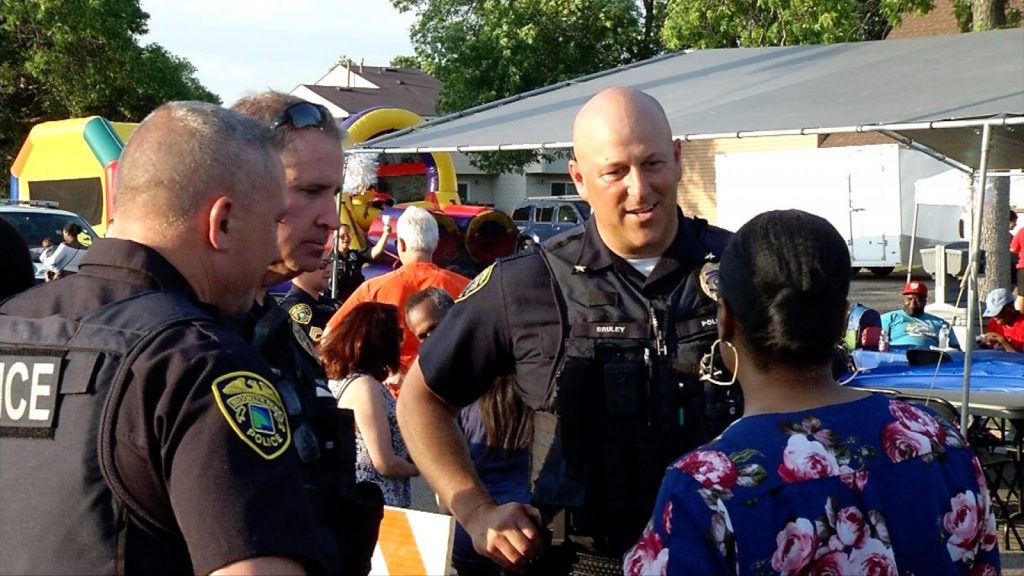 Brooklyn Park police talk with residents about crime and trust during a community gathering on Tuesday evening.

On August 17, 2021, 16-year-old Varney Kennedy Junior of Golden Valley was shot and killed outside the Gold Key strip mall where the gathering occurred. Police chose this location on purpose.

“We’re doing that because those are the people that we want to connect with most, that see the most crime, and that we can use and partner together with,” said Deputy Chief Mark Bruley.

Police asked what they could do better to address resident concerns. They also discussed having a more diverse police force that mirrors the community.

“I feel like it should be in a natural way, you know, have people want to do it instead of actively pursuing people of color,” offered Georgio Jones.

The nonprofit group Minnesota Acts Now was also at the event. Last summer, the group started patrolling high-crime areas and hoped to expand its operation.

“We’re here to build this community together. We are one. What can we do to help? How can we work together?” said Minnesota Acts Now Executive Director Harding Smith.

Police say the goal of the event is to build trust and transparency.

“We can’t do this alone,” said Bruley.