Brooklyn Park police are investigating not one but two cases of shots fired in the vicinity of the same city park. The cases at Brookdale Park both happened just in the last week, which appear to be an anomaly, according to crime data.

One of the cases happened at about 3:10 a.m. Saturday. Another occurred at about 8:20 p.m. Thursday.

In both cases armed suspects fled police and were later arrested. In each case, weapon evidence was recovered, including a handgun that had an extended magazine and an illegal fully automatic switch conversion.

“People just feeling they don’t have to obey the laws,” said Peter Fanjul, who brings his dog a few times a week to Brookdale Park. “It’s always real pleasant when I’m here with a lot of different people coming and going. I do see police patrols coming through so they seem to be doing the best they can.”

Mark Waldeland is aware of the recent incidents at the park. But the 35-year Brooklyn Park resident doesn’t think Brookdale Park is unsafe.

“The unsettling incidents are the ones that make news oftentimes, they lead the news or are part of the news but I think there are lot of things happening in Brooklyn Park that are really salutary and good for the citizens.

Both of the recent incidents at Brookdale Park remain under investigation.

You can view crime mapping data on the Brooklyn Park Police Department website. 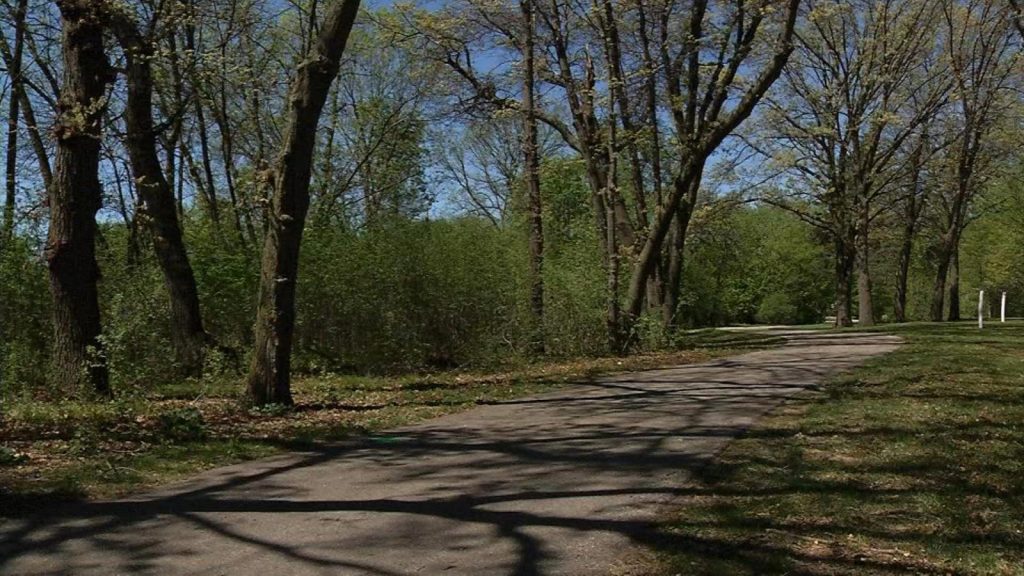 A trail inside Brookdale Park

Corey Bork contributed to this report