“In the last three weeks, we’ve seen more fentanyl in the city of Brooklyn Park than we’ve probably historically seen ever,” said Brooklyn Park Police Chief Mark Bruley. “It is across the nation an absolute epidemic and something we’ll focus on moving forward.”

Bruley also said a Brooklyn Park officer processing drug evidence that contained fentanyl had to be given the overdose antidote NARCAN to counteract the effects of it contacting the officer’s skin.

“He had his gloves on, but somehow it touched a part of his skin. He immediately felt his heart rate racing and started having a reaction to it,” said Bruley.

The incident happened a few weeks ago.

Overdose risk through skin exposure is considered extremely rare. However, it highlights the potency of the synthetic drug, that is often manufactured and sold illegally. Bruley said it highlights “the risks first responders are dealing with.” 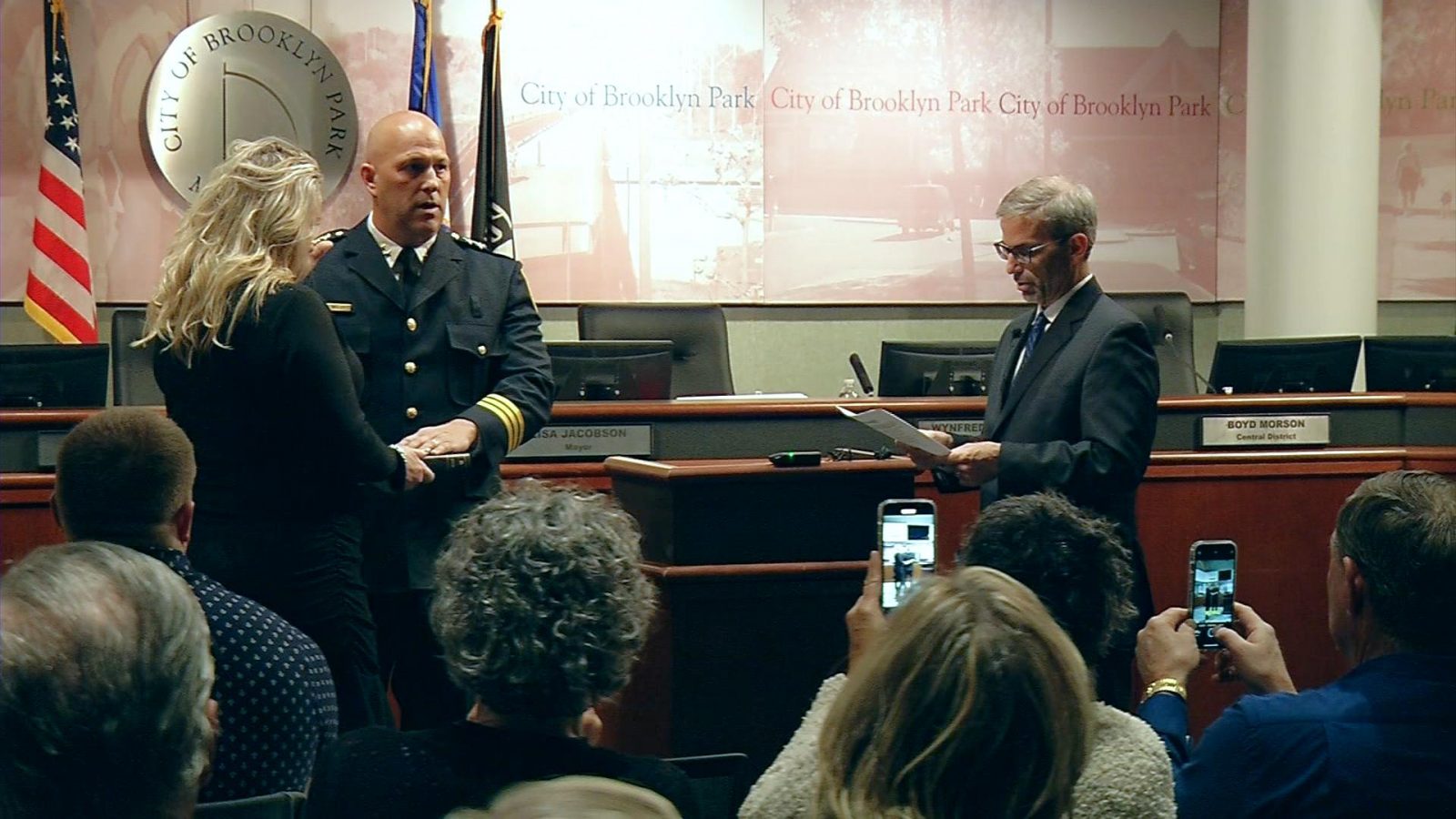 The comments on fentanyl came on a night Bruley took the ceremonial oath to be police chief. He has been on the job as chief since August.

In his remarks after the swearing in, he mentioned many people asking him why he wanted to be Chief during such a difficult time.

“I also believe it’s never more important than now to have a leader who will step up when times are tough, when there’s a lot of work to be done, when people’s spirits are low and community criticism is high,” said Bruley. “It is in these times when men and women have never needed a leader more.”

Bruley concluded his remarks with “let’s get to work.”

The promotions of three other officers were also recognized.