“I’m kind of excited about the new chapter,” said Enevoldsen.

“We’re in some really challenging times right now with the lawlessness,” he said.

“I’d always planned on probably around this time next year, maybe the year after that, but honestly, the last 24 [months] have felt like five years,” he said.

The city’s top cop says the continuous crime cycle over the past two years was never-ending.

“It was daily. There was something going on that needed immediate attention. Never got a break,” he recalled. 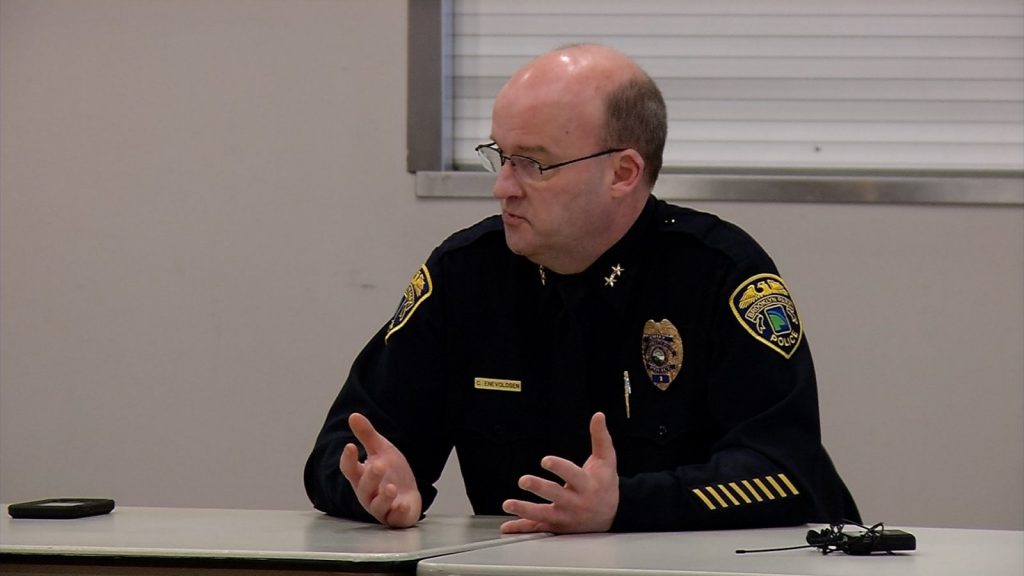 Enevoldsen says one of the highlights of his career was establishing a mental health unit in 2019, where medical professionals respond to certain police calls.

The chief says his retirement is “bittersweet.” He says he will miss the people he’s served and the relationships he’s built over the years.

“It was my honor and privilege to serve this community for 31 years,” said the retiring chief. “The city did amazing things for me personally and took care of me.”

Also See: Brooklyn Park Police Chief to Governor: ‘I’m Scared to Death of What 2022 Is Gonna Bring Us’