In an update to the city council on Monday night, Brooklyn Park police chief Craig Enevoldsen expressed concerns over recent crime trends. Some of those trends may be connected to the novel coronavirus outbreak and the governor’s stay-at-home order. 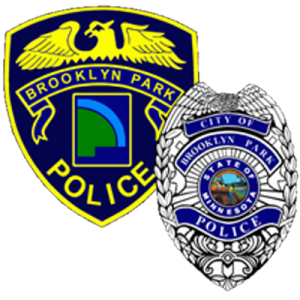 “The most troubling circumstances we’ve seen is a large increase in violent incidents involving the use of weapons, primarily during the daytime hours,” said chief Enevoldsen, who spoke in the council’s virtual meeting. “The situations are occurring in the middle of the day.”

The chief has assigned a task force to work on the increase, but believes it doesn’t have a lot of relevance to COVID-19. He believes it’s more connected to limited bus service between Brooklyn Park and Minneapolis.

However, reports of shoplifting increased by 45 percent.

“The real troubling part is a lot of it is food. The second that we are experiencing is ammunition,” said Enevoldsen.

Police have spoken to managers and business owners about ways to potentially limit those crimes from occurring.

Chief Enevoldsen said the prolonged economic impact of the novel coronavirus and the governor’s stay-at-home order could lead to a rise in other crimes. Reports of burglaries are down 45 percent and narcotics violations are down 25 percent. Other public health situations, like H1N1, weren’t anywhere as lengthy as the current pandemic can be.

“I’m fearful as the economic impact continues, we might start to experience crimes of desperation, not only in Brooklyn Park but through the entire state or nation,” said Enevoldsen.

Worth noting, in February and March, the number of gun permits processed by Brooklyn Park police was 300 times higher than normal.

You can watch the entire meeting here.