Brooklyn Park police are investigating an armed carjacking that they say is connected to a shots-fired case in the city.

According to police, a woman was pulled out of her vehicle by multiple individuals who were armed. The incident occurred on Monday at just before 11 p.m. in the 6600 block of 67th Avenue North.

The perpetrators took off in the woman’s vehicle with another vehicle following close behind. Police later found the victim’s vehicle in Brooklyn Center where it had crashed.

Charges in the case are pending. 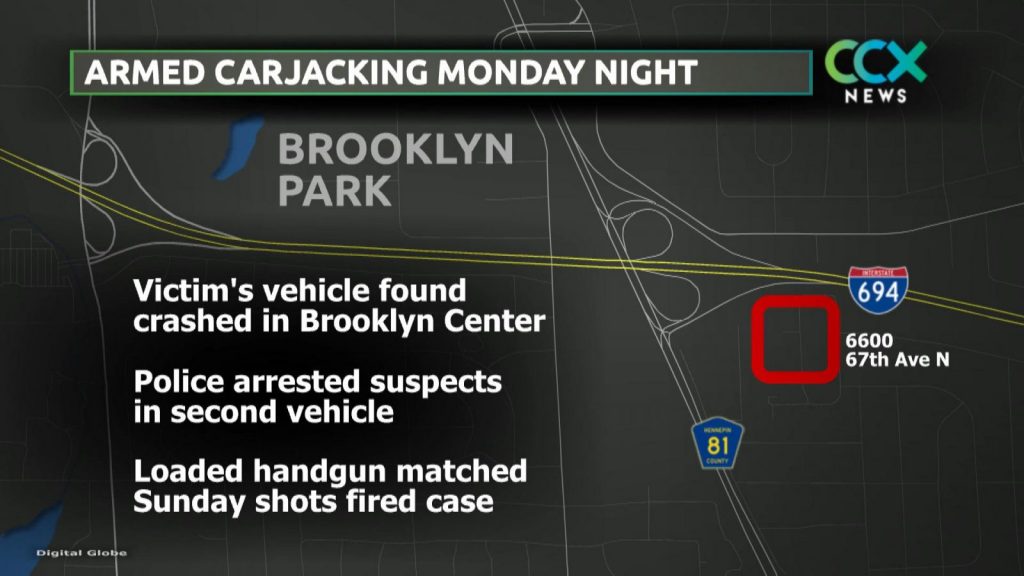