Lisa Jacobson announced on Tuesday that she will not seek reelection as mayor of Brooklyn Park this fall.

Jacobson released a statement to CCX News, reading “I am officially retiring from politics after six years on the City Council to focus on my family, my career, and my business. It is time to rest and surround myself with the benefits of a life well lived and earned honorably in the service of my fellow citizens.” 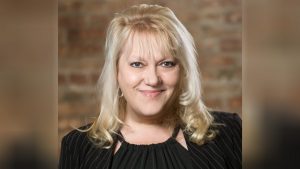 Jacobson was elected to serve as mayor of Brooklyn Park in a special election in August 2021, defeating Hollis Winston by two votes. The special election was to serve the remainder of Jeff Lunde’s term, who resigned in January 2021 after winning a seat on the Hennepin County Board of Commissioners.

Before serving as mayor, Jacobson represented the East District on the city council. Her seat is now held by Xp Lee.

Jacobson’s statement went on to read, “but this is not the end. I will continue to be your voice at City Hall until the end of this year, and I am determined to make the most of that time, working hard for you each and every day, as I do now.”

Filing to run for Brooklyn Park Mayor in the 2022 election begins on May 17.