During a first quarter timeout of this matchup between the two bitter rivals, the Vikings took a moment to honor a hometown hero.

At the time, Cunningham was a volunteer firefighter in Greenwich, Connecticut and felt the call to help.

“We were just there to help whatever that need was,” Cunningham said. “Whether it was actually doing rescue work or recovery work, or to just bring supplies for firefighters that were finding themselves there from halfway across the country.” 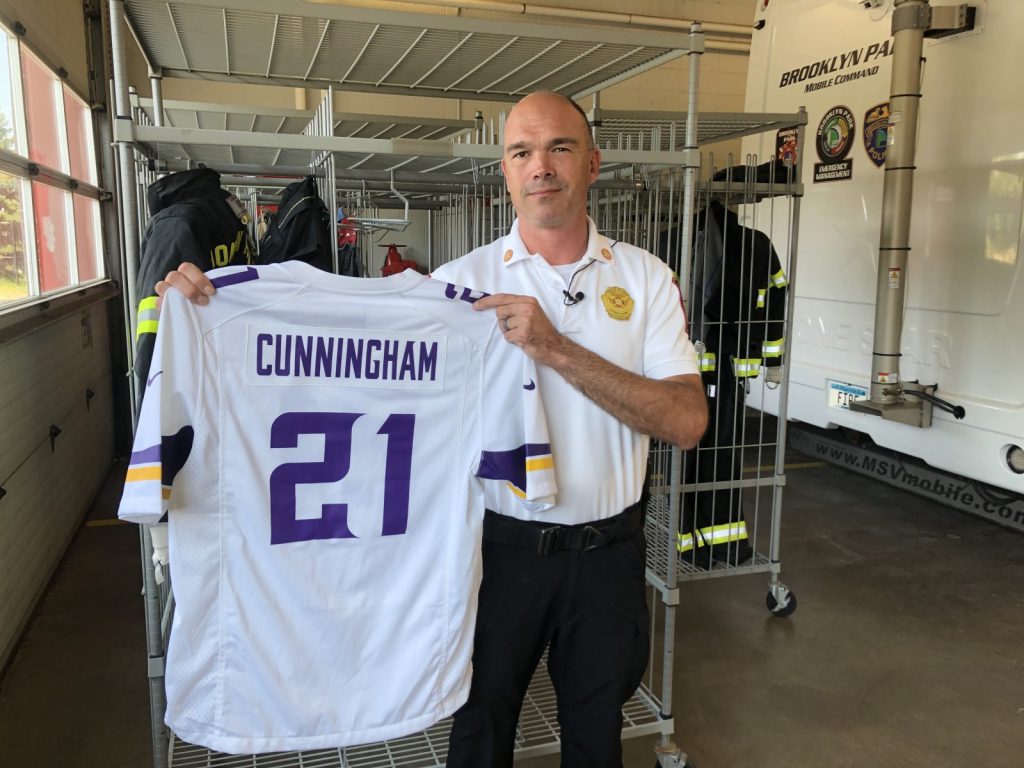 Brooklyn Park Fire Chief T. John Cunningham holds up the jersey the Vikings gave him for being a hometown hero.

During Sunday’s game, the Vikings played a video where the chief described his involvement on 9/11 and the bond that he shares with the other first responders from that fateful day.

“My really good friend, Billy Quick, that I met on Sept. 11, he developed cancer and ultimately passed away,” Cunningham said. “Yesterday’s tribute for me was to him.”

The crowd gave Cunningham, and the other Brooklyn Park firefighters by his side, a loud and long ovation. The Vikings also gave him a personalized jersey as a keepsake.

“They were able to put my name on it, and the No. 21 for me was significant,” Cunningham said, holding up the jersey with the No. 21. “Because this was the 21st anniversary of the 9/11 attacks, so I want to make sure that we uphold that commitment to never forget, and that’s the number that I chose to put on.”