Mother Nature is capable of doing some powerful things. Ken Bergemann of Brooklyn Park discovered that the hard way over the weekend.

“The house was totaled. The ceilings are gone. It blew stuff all apart in the house. Blew doors off hinges,” Bergemann said.

On Sunday afternoon, lightning came out of nowhere and struck Bergemann’s house and the massive cottonwood tree in his back yard.

“Just an incredible explosion,” Bergemann said. “I’ve been around a lot of explosions and I’ve never heard one like that.”

The aftermath of the lighting strike left him with extensive damage and a massive cleanup job. His back yard is littered with tree shrapnel, but that was nothing compared to the inside of the house.

When the lighting struck the house, it didn’t spark any sort of fire, but the ceiling collapsed. Now nearly every inch of the home’s interior is covered with insulation.

“That lighting is incredible,” Bergemann said. “This was an unbelievable explosion. It was like getting shelled.” 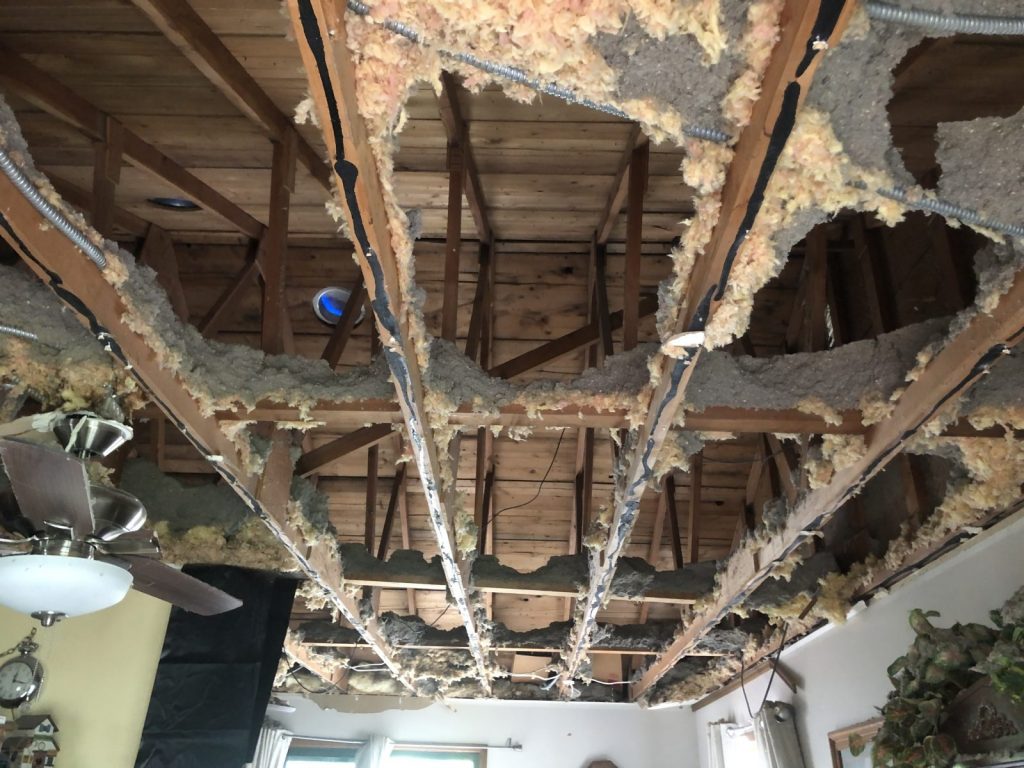 The ceiling collapsed after the lightning strike, covering the interior with insulation.

Bergemann was outside when it happened, but his 9-year-old daughter and 80-year-old mother were inside working on a puzzle.

“I came busting through the back door, still yelling at them,” Bergemann said. “And my mother was stumbling around this corner here headed toward the door, and all she could say was Keira’s crying and screaming and I can’t find her. And I said, I’ve got her.”

Bergemann had to dig through the rubble to find one of his dogs, but otherwise, everyone made it out relatively unscathed.

He estimates it will take about a year to rebuild. In the meantime, he plans to live in a camper parked in his driveway.

While it’s far from a perfect scenario, he’s thankful that things didn’t turn out worse.

“I’m not angry. I’m not upset,” Bergemann said. “My kid’s alive. My mom’s alive. My dogs are alive. Everything else can be rebuilt, so we’re going to go from there.” 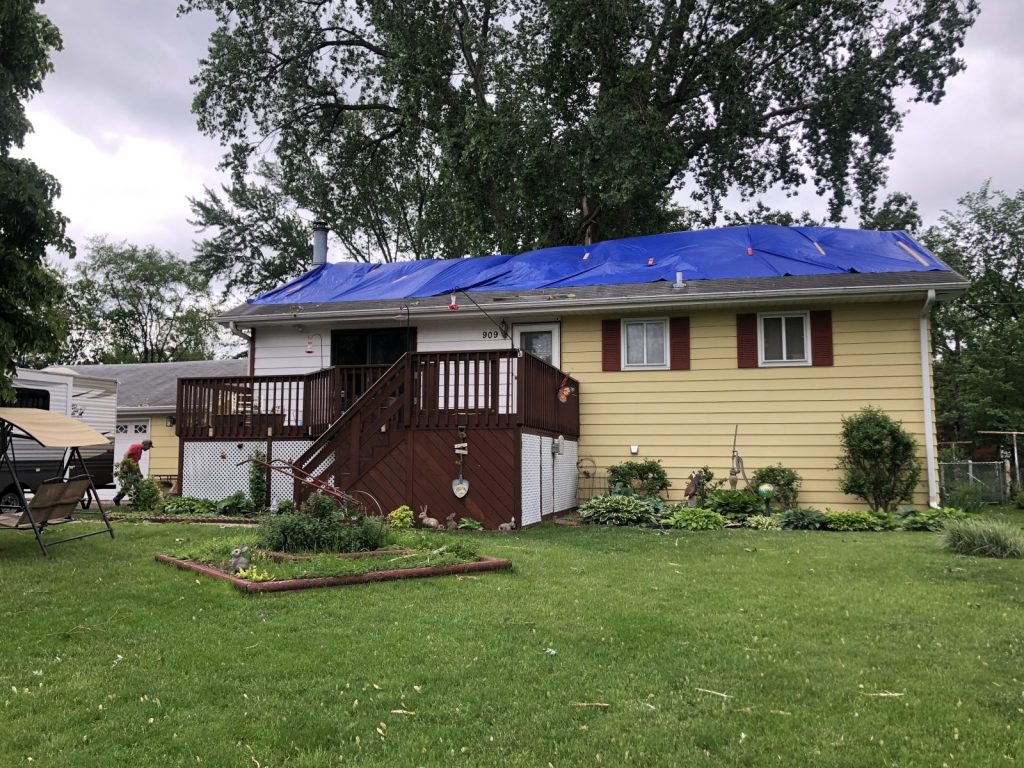 Bergemann’s home is now covered with a blue tarp.