When Brooklyn Park announced it would begin a fire cadet academy to recruit and train as many as eight full-time firefighters, informational sessions were standing room only. More than 300 applicants took the written exam. The city whittled the candidate pool down to just shy of 50 potential firefighters when the program had to be put on pause due to the novel coronavirus.

This pause is one of many in the city of Brooklyn Park. Recreational activities have been stopped or limited. The newly inflated dome is closed to the public. City hall is closed too. 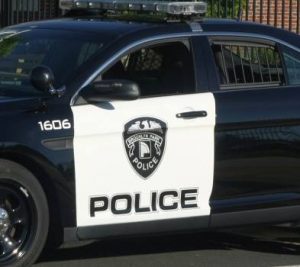 Yet during all these pauses, city services continue to operate beyond the services of police, fire and public works.

The city is also keeping an eye on how COVID-19 implications will impact the budget in 2020 and beyond. Brooklyn Park has lost revenue generated from fewer building permits, business licenses, fees, fines and income that comes from programming. Increased expenses have come by way of increased money spent on IT functions and an increased amount spent on personal protective equipment (PPE).

There are a lot of budgetary unknowns too. The city can’t plan to know how much property tax collections will change, how local government aid (LGA) will be affected or how state or federal reimbursements will figure in.

So, the city is buckling down where it can. Nonessential travel and trainings have been canceled. There’s a freeze or a delay in hiring any position that’s not deemed critical. Employees can participate in a voluntary leave of absence program.

“We think we can come up with a million dollars in personnel and non-personnel reductions, as well as about $450,000 to $500,000 in project savings in Heritage Fund,” said LaTonia Green, the city’s finance director. “That would be deferring some of those projects and making reductions where we think we can do that and still be able to have safe projects.”

Green told city council members on Monday night that the city continues to look at additional ways it can reduce the 2020 budget. Once city officials know property tax numbers, they’ll be able to make future projections and determine where else they might need to make changes.