Two churches and several small businesses are suing Minnesota Gov. Tim Walz in attempt to strike down his emergency actions that they call “unconstitutional.” The plaintiffs include Living Word Christian Center in Brooklyn Park and 18|8 Fine Men’s Hair Salon, which has a Maple Grove location. 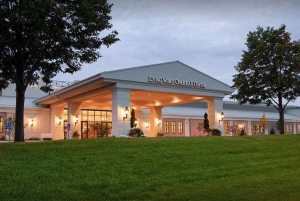 Doug Seaton, an attorney and president of Upper Midwest Law Center, said the governor is violating the First, Fifth and 14th Amendments to the United States Constitution. This includes breaching religious freedoms by closing church services during the pandemic and by prosecuting those who violated the governor’s order. Houses of worship are currently not allowed to hold indoor or outdoor services if there’s more than 10 people gathering.

“The same restrictions could apply to churches that are applied to Walmart or office buildings and yet churches are singled out for this treatment,” Seaton said. “The gatherings of more than 10 were banned for faith-based activities and that leaves church essentially impossible. We obviously have patios for people in restaurants far more than 10.”

The attorney said the churches have safety plans in place including common social distancing rules and sanitizing spaces in between church services. The law firm took on the case for free. Seaton said the church is not looking to benefit financially from a win, as the case has nothing to do with damages.

“They’re only concerned about getting themselves back to pick-up worship,” he said.

This week, some local Catholic and Missouri Synod Lutheran churches throughout the northwest suburbs announced plans to defy Governor Tim Walz’s order by reopening May 26 at higher capacity than what state restrictions currently allow.

“We’re very heartened to see that the broader group of Christian and Catholic families are banding to proceed against this unconstitutional restriction and open their buildings,” Seaton said. “And they too are going to observe precautions.”

Seaton added that the Missouri Synod Lutheran and Catholic churches plan to reopen the same day the law firm will have its restraining order hearing at the U.S. District Court for the District of Minnesota. The restraining order would exempt churches from the state’s restrictions.

Seaton said they may proceed to a second hearing within a matter of weeks depending on the court decision.

“We’re hopeful that orders will be lifted, restricted, minimized and the unconstitutional terms of these orders will be addressed by the court,” Seaton concluded.