Local Catholic and Missouri Synod Lutheran churches throughout the northwest suburbs have been given the go ahead to resume services under direction from their respective religious leaders. Churches plan to defy Governor Tim Walz’s order by reopening May 26 at higher capacity than what state restrictions currently allow. 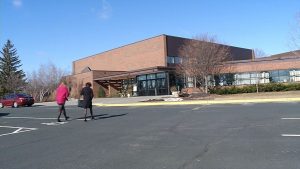 Archbishop Bernard Hebda of the Archdiocese of St. Paul and Minneapolis argues the state is violating its First Amendment rights by allowing noncritical businesses to reopen at a higher capacity than churches can. He’s hoping Governor Walz will amend his order to avoid “a serious violation of religious freedom.”

“Being ordered to stay at home may have been necessary to protect public health, but it came at immense costs. Many have measured those costs economically, physically and mentally, but the costs have been spiritual too,” said Archbishop Hebda.

The archbishop raised concerns about people with addiction and mental illness who’ve been unable to turn to the church for help.

Churches Would Limit Themselves to 33% Capacity 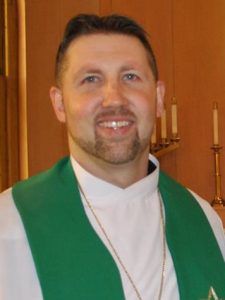 The Rev. Lucas Woodford, president of the Minnesota South District of the Lutheran Church-Missouri Synod, says “the steps we are taking have not been entered into lightly.” Under the guidelines outlined by the Catholic and Lutheran churches, capacity would be limited to 33 percent, lower than 50 percent capacity requirement for retail stores.

The guidelines also say two pews would be roped off, followed by one pew open throughout the places of worship. Individual households would be spaced at least six feet apart from other households. There would also be no touching, no collection plates passed, no communion from a single vessel and no choirs. Strict protocols for hygiene and sanitation would also be implemented church leaders said.

“We believe we can reopen responsibly and safely within public health guidelines,” said Pastor Woodford, who added he wishes “no ill will” toward the governor and state leaders.

The Catholic and Lutheran churches sent a letter May 8 to Gov. Walz and Minnesota Attorney General Keith Ellison asking to treat churches equally as retail businesses and proactive measures they would take. While they’ve had extensive correspondance with governor’s staff, there’s been no meaningful dialogue with the governor, said Rassbach and Archbishop Hebda.

Churches believe they’re “at the back of the line” under the governor’s “Stay Safe MN” plan. They also point to a Minnesota epidemiogical model that they say no other state is using, also noting at least 28 states have no restrictions at all toward places of worship.

“It doesn’t make common sense to say the Mall of America can open and not the Cathedral, especially when cathedral can open at lower capacity,” said Rassbach.