Many stores at Shingle Creek Crossing in Brooklyn Center still remain boarded up. Recent looting and vandalism have been crushing for business and stores have been slow to reopen.

“It’s extremely devastating,” said Katie Dwyer, a teacher who spent Tuesday posting positive messages on boarded up doors and windows. “The community depends on having these stores and these facilities open, and they’re closed down now.”

Sullivan isn’t joking. A few of the businesses that have been temporarily shuttered are Boost Mobile, T-Mobile and Foot Locker. The Walmart Supercenter and Cub Foods are open, but boards are still up. 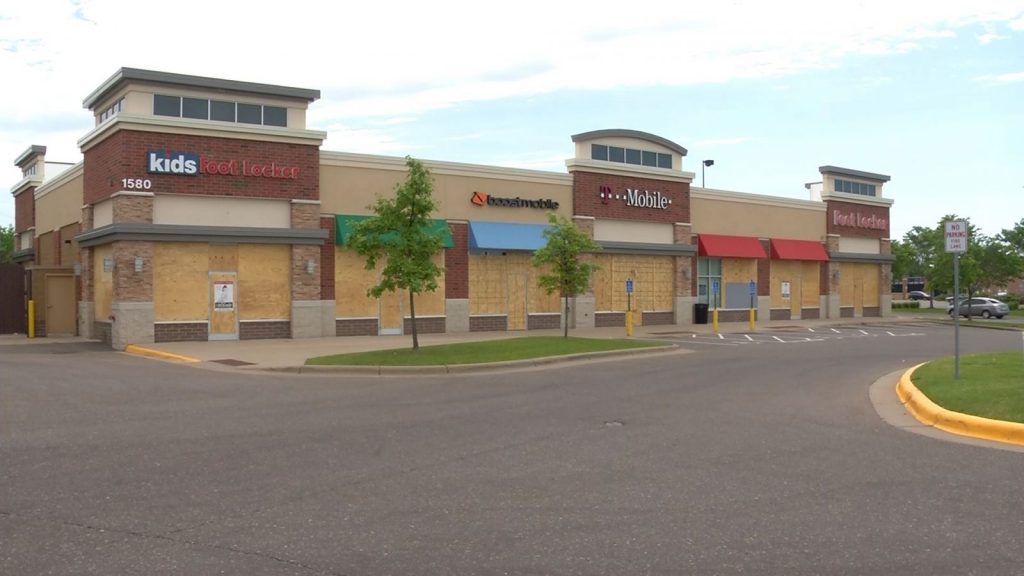 Sullivan’s home is close to where George Floyd was killed in an encounter with Minneapolis police on Memorial Day. Shops and stores in that neighborhood were burned to the ground in the Minneapolis riots, so Sullivan drove to Brooklyn Center, hoping to get her phone fixed. Instead she ran into more road blocks.

“I’m trying to get my service on,” Sullivan said. “It’s very frustrating. You can’t eat, you can’t do nothing… I can understand what the protest is for, but the rest of this is unnecessary.”

Loretta Patrick went through a similar experience. She struck out trying to get a phone battery.

The destruction in Minneapolis has had a domino effect on Shingle Creek Crossing. A Comcast cable Xfinity store is one of the few stores back in business.

“It’s really stupid, all the rioting,” said Jerald McCowan, an Xfinity employee. “Where are we going to go shop, like 50 miles out or somewhere? But it’s happening everywhere. It’s crazy.”

“You can protest peacefully,” Sullivan said. “That don’t mean you gotta destroy your town. Your city. In the end it’s going to take a whole lot more to build it back up.” 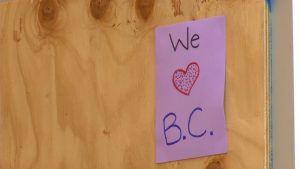 Sign at one of the Shingle Creek Crossing stores

Meanwhile, Dwyer and her teaching friends tried to uplift spirits by posting signs with simple messages such as “We love BC” and “BC has heart, stay strong.”

“We’re all just trying to do our part and show support for our community right now,” said Kristin Priem.

“We just wanted to get out and spread love in the community,” said Jessica Kiczula. “Just let everyone know that we’re supporting them and thinking about everything that is going on right now.”