The proposal comes after the April 11 police shooting of 20-year-old Daunte Wright. Law enforcement officials believe former officer Kim Potter mistook her gun for a Taser after making a traffic stop for expired tags. The resolution is named after Wright and Kobe Dimock-Heisler, a 21-year-old with autism who police said charged at Brooklyn Center officers with a knife before they fatally shot him in 2019. 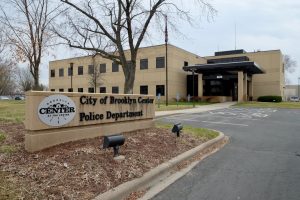 Under Resolution, Public Would Have More Input on Policing

The plan would reconfigure public safety by creating a Department of Community Safety and Violence and Prevention to oversee the police and fire departments. Details are still being worked out, but unarmed civilians would respond to minor traffic violations under the plan. The proposal also calls for rerouting some emergency calls to trained medical and mental health professionals instead of the police.

It also proposes creating a committee made up of people who have been arrested by police or had encounters with law enforcement to make recommendations on police response.

Deadly Force Would Be Prohibited in Certain Situations

The resolution would also prohibit the use of deadly force in certain situations, including firing on moving vehicles, refusing specific uses of force/other policing tactics during First Amendment protests and assemblies, and requiring de-escalation exhaustion of reasonable alternatives before using deadly force.

The council plans to discuss the resolution during a special meeting tentatively scheduled for sometime next Saturday.