Outgoing Brooklyn Center Mayor Mike Elliott says “he’s grateful” for his time spent serving on the council, in remarks he gave during his final meeting Monday night. From a pandemic, to socioeconomic challenges, to the fatal officer shooting of Daunte Wright, Elliott reflected Monday night on the issues his city has faced over his four-year term.

“So many of these issues grip all of us in different ways. And I know that I came in as mayor not knowing a whole lot. But I learned a lot. And I grew from it. And I think we all have learned a lot,” said Elliott. 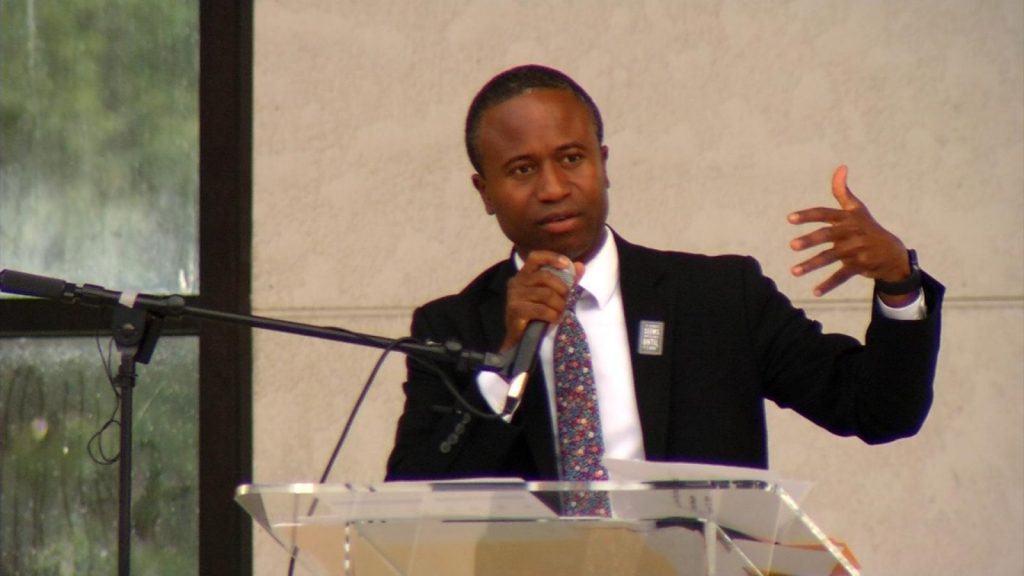 In his parting remarks, Elliott recalled a speech that Nelson Mandela gave.

“He called on us to end hunger, to end poverty and make poverty history,” Elliott recited. “He called poverty unnatural and manmade and that it can be eradicated.”

Elliott expressed confidence in the future city council. In addition to Graves, Teneshia Kragness and Dan Jerzak will fill new roles on the council. Dan Ryan, who served 16 years on the council, chose not to run for re-election.

“I look forward to the work that you’re going to do,” said Elliott speaking to Graves.

Katie Wright, Daunte Wright’s mother, also spoke before the council Monday night saying how grateful she was for Elliott’s leadership following the loss of her son.

Elliott thanked everybody who spoke, then left with a parting message to a city that has become Minnesota’s most diverse.

“Let’s celebrate our differences, and let’s also celebrate what we have in common.”