According to the criminal complaint, police conducted a welfare check based on a report that there was concern for Deatherage’s safety. Officers then found the victim’s body lying on the floor of the master bedroom dead. Police also recovered evidence of a discharged weapon. The complaint said officers observed no evidence of forced entry into the victim’s home.

The report officers received was that the suspect had recently purchased a gun and admitted to going to his ex-wife’s home on June 18. After his arrest, McCloud told police he shot her when she reached for the phone, thinking she was going to call 911, the complaint said. 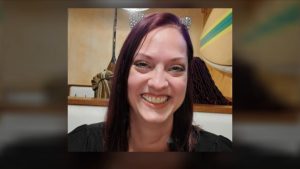 McCloud was arrested at his Brooklyn Center home after a lengthy standoff that involved Robbinsdale police, the West Metro SWAT team and Hennepin County Sheriff’s Office deputies. Authorities had received information that McCloud planned to shoot himself when police arrived.

When negotiations began, McCloud stated “they caught themselves a murderer and saved a suicide,” the complaint said. After his arrest, officers also located a handgun, a key to the victim’s home and clothing with what appeared to be blood. Officers also obtained a flash drive the suspect had mailed to family members in advance of the victim’s death that contained a video recording in which the suspect stated he “planned to commit suicide,” and “that he knew it was wrong to involve victim,” the complaint continued.

McCloud is expected to make his first court appearance Wednesday. The second-degree murder charge carries a maximum sentence of 40 years in prison.