Bill Could Reshape the Structure of the Osseo School Board

The Osseo School District serves all or part of eight different cities, making it Minnesota’s fifth-largest district. However, not every city has equal representation on the school board. 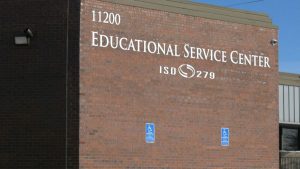 A bill introduced by DFL Representative Samantha Vang (H.F. 2725) could change that.

“Currently, the makeup of the school board is very one-sided,” said Rep. Vang, DFL-Brooklyn Center. “There was a comment earlier in the testimony [Thursday] how is it’s very West Side vs. East Side. One part of the district is very well-represented in terms of geography in comparison to Brooklyn Park and Brooklyn Center for example.”

The proposal calls for the Osseo School District to create five election districts and two at-large seats to form a seven-member school board.

Currently, the Osseo School Board consists of six members who voters elect at-large; which technically means that each board member could come from a city like Maple Grove or Plymouth, and have decision-making power over what happens in schools located in Brooklyn Park or Brooklyn Center.

Supporters of the bill say this structure would address some of the equity issues facing the district, but the Minnesota School Boards Association thinks the legislature shouldn’t intervene, and instead leave the decision to the school board, or the community, through a petition drive.

“This is a bill that would say, you must do this, must set up these election districts,” said Kirk Schneidawind, executive director of the MN School Boards Association. “We would contend, in summary, to say that under current law, there are two processes — the board can either do it, set up election districts, or through petition the public can move in that direction as well.”

The bill easily made its way through the Government Operations Committee and will now go to the House Education Policy Committee.

A spokesperson for the Osseo School District said the district did not initiate the bill. They will not have any comment on the proposal until they study it further.