In what some city leaders described as an “emotional issue,” the Plymouth City Council approved a chicken ordinance while rejecting an ordinance that would have allowed for beekeeping.

The Plymouth City Council approved a chicken ordinance by a 4-3 vote on Feb. 9. Council members voted 4-3 against a beekeeping ordinance proposal.

A statistically relevant city FlashVote survey showed that 53 percent of Plymouth households would be okay with chickens, while 34 percent were against.

Plymouth Mayor Jeffry Wosje, who voted no against both the keeping of chickens and bees, grappled with the issue of property owner rights versus the rights of neighbors.

“It’s an emotional issue. That’s what I learned the most of,” said Wosje. “On one extreme that want to have bees and chickens, it’s very emotional for them. But it’s also likewise for the people that don’t want to look across their property, yard, and see a chicken coop. It’s emotional for them as well. I don’t know if we’ll make anyone happy tonight, one way or the other.”

McGregor said she heard a lot of opposition from Ward 1 residents where lots tend to be smaller. Prom felt the chicken ordinance contained too much regulation, noting that some residents in the city already have them. Prom too described chickens as an “emotional issue.”

To keep chickens in Plymouth, residents will have to follow several restrictions. They include the following:

The ordinance is set to take effect July 1. Council members approved that date with some council members feeling that would be fair to some homeowners who did not want to live in a city that allowed chickens.

City leaders say any potential problems would be solved on a per complaint basis. After the vote, council member Prom made a plea to residents.

“We just hope you keep our tradition of treating our neighbors very well, and tolerable and not make this something you have to call the city on every time,” he said. 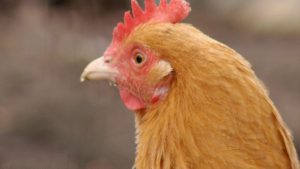 Those in favor say 90% of American cities allow backyard chickens

It was a different outcome for bees, however, in another close vote. The Plymouth City Council voted 4-to-3 against the keeping of honeybees.

According to the city’s survey, more residents actually supported the keeping of bees than they did chickens, with 60 percent in favor, and 27 percent against. Still a beekeeping ordinance failed.

Despite University of Minnesota Bee Lab expert advice to the contrary, some residents wrote to the city that honeybees would be “dangerous” for certain lot sizes and bad for the native bee population. Honeybees are a non-native species. Some also believe honeybees pose a liability risk for the city and owners. 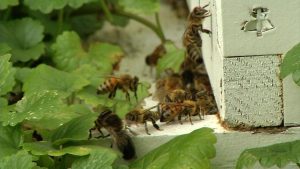 Minnetonka, Maple Grove and St. Louis Park are among cities that allow honeybees on residential property

You can watch the full Feb. 9 Plymouth City Council discussion on chickens and bees here.