The city of Robbinsdale has seen tremendous growth in the last couple of years with three new apartment buildings coming online. Now the city wants to have a discussion on its housing future.

The new apartments are a significant change. Robbinsdale Mayor Bill Blonigan points out they are the first new apartments in the city in roughly 50 years. But there’s also a concern about having too many rental units.

According to an estimate from Robbinsdale City Planner Rick Pearson, close to 49 percent of its housing is rental. That includes single-family rentals and the city’s 300 or so duplexes, said Pearson.

In the last couple years, the city has also added nearly 500 apartment units. Blonigan tallied 464 units to be exact. One of them, a 158-unit complex on Lower Twin Lake, is currently under construction.

The possibility exists of more apartments getting built if the METRO Blue Line Extension light rail project goes through.

“I just want, maybe, to have some kind of conversation about how many additional apartment developments do we want?” said Pat Backen, a Robbinsdale City Council member who also serves as president of the city’s Economic Development Authority (EDA).

The housing discussion came up at Tuesday’s Robbinsdale EDA meeting. 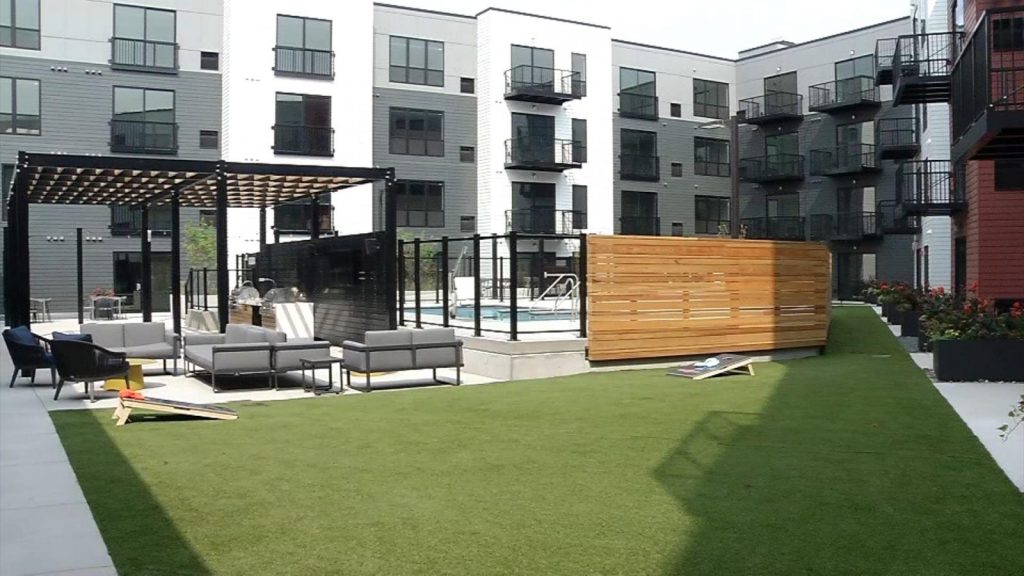 Backen says the city has done its job when it comes to affordable housing, and points to other suburbs, needing to “step up their game.” He mentioned Minnetonka, Edina, Eden Prairie and Maple Grove.

According to Backen, the Metropolitan Council considers 80 percent of housing in Robbinsdale affordable. The Met Council defines the affordability limit as 80 percent or less of the Twin Cities area median income.

“I think we can never have too much affordable housing,” said Robbinsdale City Council member Sheila Webb at Tuesday’s EDA meeting.

Webb pointed out disparities in incomes versus rent costs.

“There is still an extreme need,” Webb said.

The Robbinsdale City Council plans to hold a work session on housing in the near future.