Amid a recent spate of armed carjackings in Golden Valley, Police Chief Virgil Green says crime is actually down compared to last year in his city.

Green spoke to the council to address concerns from residents about crime.

“I think the best way to address the matters is to be open and transparent,” said Green.

The chief emphasized Tuesday night that the city has seen a reduction in property crimes, such as thefts from vehicles. Green also says officers have recovered every vehicle from the recent Golden Valley carjackings. The city reports at least five carjacking cases since mid-May. 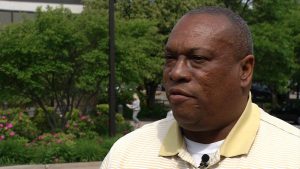 Golden Valley Mayor Shep Harris says he has heard from residents on crime, including one who says she decided to go to the Minnetonka Lunds & Byerlys instead of the Golden Valley location because of safety concerns.

“I told her tune in tonight and hear what the chief has to say,” said Harris.

Chief Green assured the public that Golden Valley is a safe city.

“Believe me, it is one of the most safest places,” said Green, who came to the Twin Cities northwest suburb after law enforcement stints in Arkansas and in Oklahoma.

But Green also wants residents to be mindful of their surroundings. He told council members he wanted to speak not only as a chief, but as a parent.

“I think when you send your sons and daughters out to get gas, you want to make they’re going to get gas and are going to be safe,” said Green.