Each has served on the council or city commissions for more than 20 years. Jaeger never missed a council meeting or a DARE graduation in her 24 years.

“When you came to the council, we were still a bedroom community, a farming community. From your guidance, we were named one of the best cities to live in America,” said Mayor Mark Steffenson.

Both council members received recognition and talked briefly at the end of the meeting. Both remarked on the city’s remarkable growth during their time on the council and noted developments like Maple Grove’s Main Street or the building of Maple Grove Hospital.

“It was all gravel mining 25 years ago,” said departing council member Karen Jaeger. “Just think about what was here.”

As for what comes next, Jaeger says she doesn’t plan to “sit around with a cat in my lap.”

Phil Leith doesn’t either, and plans to still be active in the community.

Mayor Mark Steffenson also passed the gavel to Leith, so he could adjourn his final meeting. 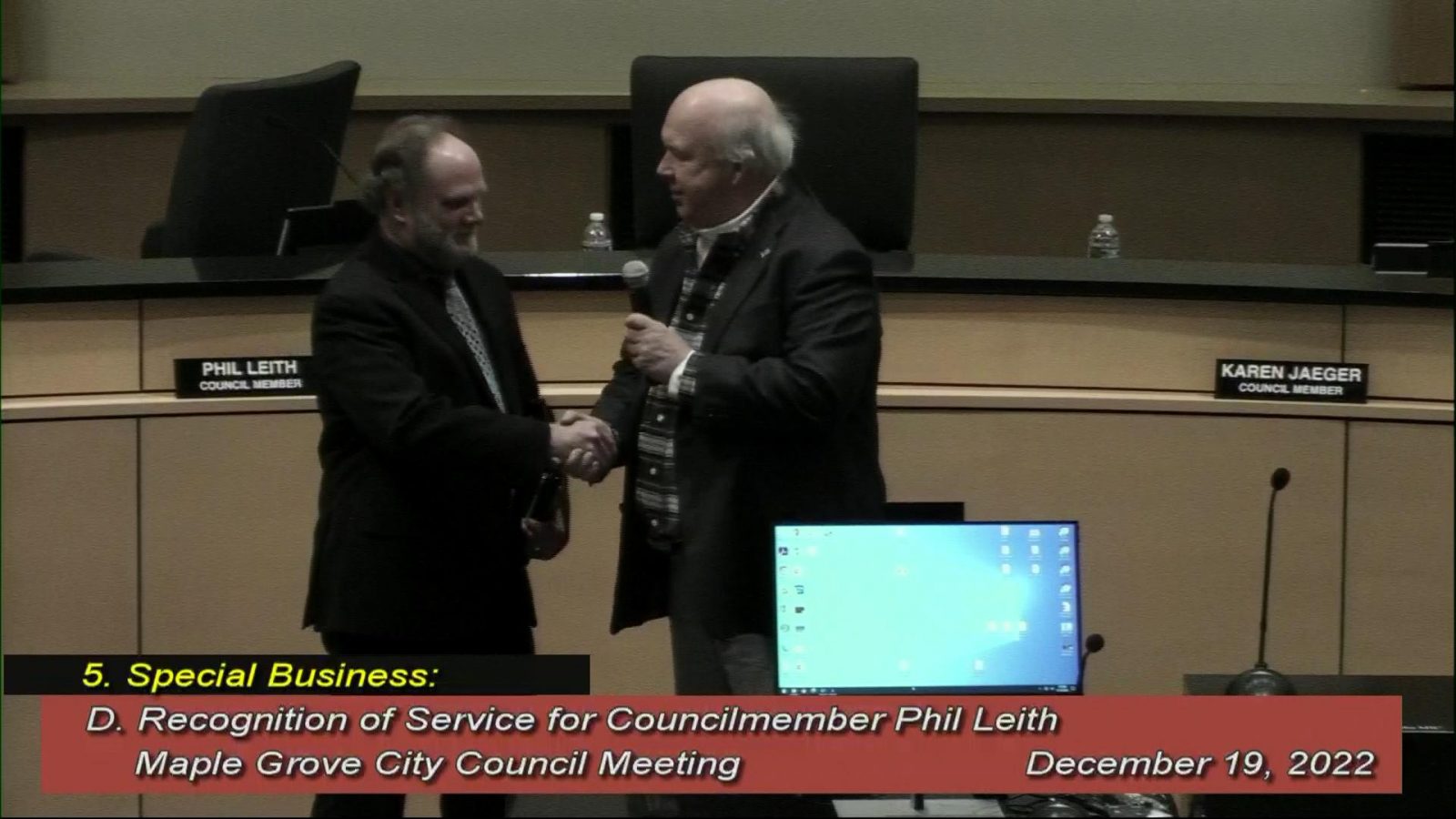