“We do have a number of hits on these,” said Kent Barnard, a spokesperson with the Minnesota Department of Transportation. “I was actually told that there’s seven hits per mile, per year, on sections of the cable median barriers. So we are out there repairing them quite often.”

On a section of Highway 169 between Bass Lake Road and 63rd Avenue N (an area bordered by Plymouth, New Hope, Brooklyn Park and Maple Grove), several cable median barriers are either mangled or drooping. MnDOT officials say getting those barriers fixed is a top priority.

MnDOT started using these high-tension cable median barriers about 15 years ago. Officials say they’ve been effective in helping to prevent cars from weaving into oncoming traffic. 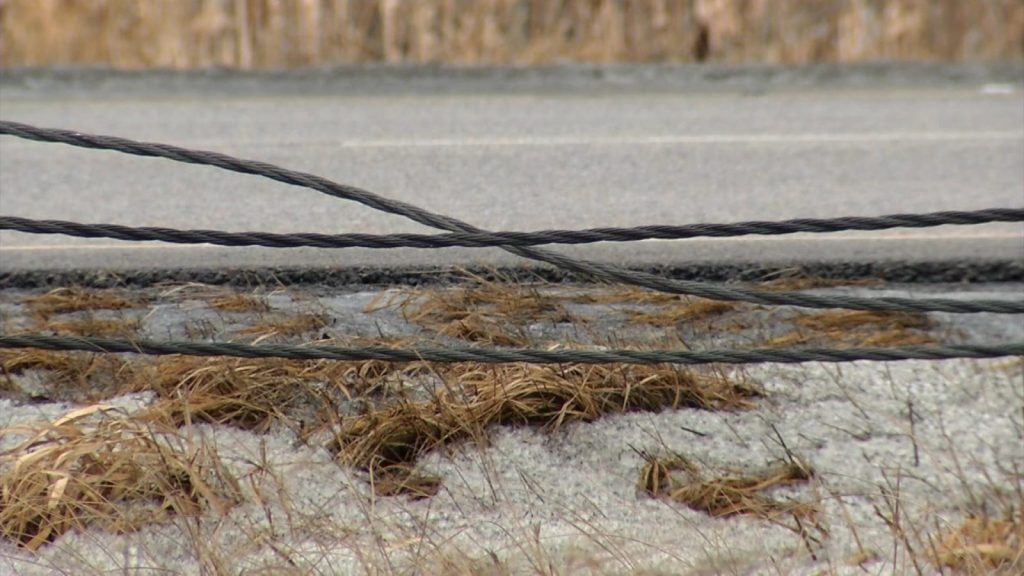 Some of the mangled barriers along Highway 169.

When MnDOT sees the barriers snapped and laying on the ground, they try to get out as quickly as possible to make the repair.

But when the cables are mangled, they’re still capable of doing their intended job.

MnDOT officials say the damaged cables highlight a larger message of the importance of driving safely.

“It’s the same message whether there’s a concrete median barrier, cable median barrier, guardrail or nothing at all,” Barnard said. “Drive for the conditions. Slow down. Be alert, attentive.”

Barnard says the cables on this stretch of Highway 169 should be repaired in the next week or so, but snow and ice removal takes first-priority. Meanwhile if you ever see a damaged barrier, you can report it directly to MnDOT.