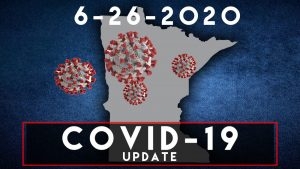 On Friday, June 26, 2 p.m. the Minnesota Department of Health held a conference call to brief members of the media on the latest public health information regarding COVID-19.