The clock was ticking down on the championship hopes for the Wayzata boys soccer team.

The Trojans trailed Woodbury 2-1 with under two minutes to play in the state class AAA title game Friday.

That’s when Wayzata’s second half pressure finally paid off.

After they went with a short corner kick, Charlie Piller got a good shot off from the right wing. It was stopped but Joey Burica buried the rebound, setting off a celebration with 1:42 to play.

The team headed to overtime tied 2-2.

In OT, Jackson Widman made a run up the left side and slipped a pass to Joe Highfield alone at the top of the box.

Highfield’s shot was blocked with a foot save by the Royals’ goalkeeper but it caromed off a defender and in for the game-winner. 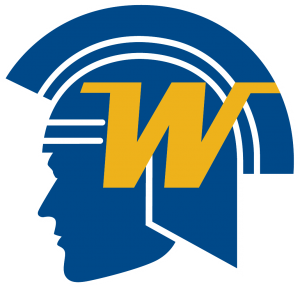 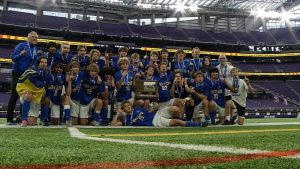