Cooper is 7-2 after crushing Minneapolis Southwest 49-14 in the semifinals.

Armstrong is 6-3 after beating S. Louis Park 35-26 in their semifinal.

It will be the second meeting of the season for the Hawks and Falcons after not playing the past two seasons.

Cooper dominated the second half in the regular season meeting in September, outscoring Armstrong 35-0 to win 49-14.

Cooper is looking to make its second state playoff appearance in program history. The first was in 1996.

Armstrong has made four state appearances, the last in 2003.

You can see live coverage of the game on CCX1 and www.ccxmedia.org. 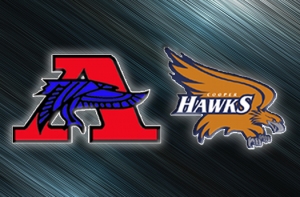